What is an e-Aadhaar Card?

e-Aadhaar is basically a password protected Aadhaar card electronic copy which is signed digitally by the UIDAI’s competent Authority. As India is moving towards digitization, many processes are being put into effect to ensure that all citizens’ information is compiled in a single central database.
Then, to proceed further in this direction there is the introduction of the Aadhaar number. It is the 12 digits alphanumeric identity that is provided by the UIDAI throughout India. With the help of this process, the biometric, as well as demographic data of individuals, are collected and stored in a centralized database. 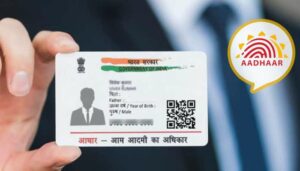 What are the contents of the e-Aadhaar Card?

What is the eligibility criteria of an e-Aadhaar Card?

The eligibility criteria of the e-Aadhaar are summed up in the following points:

What are the documents required for The e-Aadhaar Card?

Following documents are mandatory if a person wants to apply for this card:

Identity Proof-  The documents that meet the criteria of identity proof are:

Address Proof- The documents that meet the criteria of address proof are:

What are the advantages of the e-Aadhaar Card?

The advantages of the card are mentioned below in the following points:

Usually, when an applicant applies for changes in their Aadhaar card, it takes time for the changes to be done, and the updated Aadhaar to get dispatched through post.

So now, one can download the e Aadhaar card by visiting the website of the UIDAI with the updated details. By doing this one don’t have to wait until their Aadhaar card arrives by post. Therefore, As it is known as the digital version of normal Aadhaar, and can be acceptable in the country without any exceptions.

Step 1: The first step is that an applicant should visit the website of e-Aadhaar

Step 2: Secondly, an applicant should enter the enrolment number, time/date that is provided in the acknowledgement slip along with full name and pin code.

Step 3: At last, just enter the one time password in the place provided. Finally, by entering the first four letters of their First name and it is too in Capitals that is combined with the birth year in the format of (YYYY). Now an applicant can easily access the e-Aadhaar pdf file and this is the default password.

How to Print Your Aadhaar Card

Once you have downloaded your e-Aadhaar, to print it, you will need to follow these steps:

Before you use any of these methods to download your Aadhaar card, make sure that you have the required data with you.

Yes, an e-Aadhaar holds the same validity just like the regular Aadhaar.

✅ An e-Aadhaar card consists of how many numbers?

An e-Aadhaar card consists of 12 digits and these numbers represent the identity of the person that is holding the card. e-Aadhaar is a generated number after the government verifies the biometric and demographic information of an Indian resident.

✅ What is an e-Aadhaar Card?

It is the Aadhaar card’s electronic version that can be downloaded online by submitting the individual’s Aadhaar/ enrolment ID. To check the status and download the Aadhaar card, one can check the official website of UIDAI.