Upcoming Cars in May 2015: Get into the New Mode

The 5th month of the year is here. Are you looking for some new thrilling cars in the market? In this month, leading automakers are launching breathtaking cars to attract Indian customers. Take a look at the upcoming cars in May 2015: 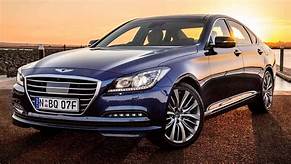 The teeny-weeny car of the Indian market has been upgraded and named as Tata Nano GenX. With some changes to this car, it will be launched in this month.  Tata GenX will have a newly redesigned rear and front bumper, refreshed headlights, an openable boot. It will also have 5- speed Automatic Transmissions, but the engine will remain unchanged.

Maruti Suzuki, the leading automaker in India, is going to launch the Diesel Version of Celerio in May 2015.  There will not be any remarkable change in the interior and exterior of the car. The car is expected to have a 3 cylinder 800cc Diesel Engine, which will produce an output power around 55bhp and maximum torque of 150 Nm.  This variant of the car will be more efficient and powerful than the older one.

Nissan Terrano has silently launched its anniversary edition in India with 450 units of the limited edition in 2014. Now it is planning to launch Terrano AWD with some modified features in May 2015. It will get some refreshing changes in the chrome door handle, rooflines, front and rear bumper, headlights, and in the interior. Fully equipped with safety features, it will give a mileage of 19.5kmpl.

Mercedes-Benz is going to unveil a newly redesigned and refreshed successor to its SLS AMG, which has been launched in March 2015. The design of the AMG will be more remarkable and revived. It is looking colorful with the new two-door coupe in black, yellow, two shades of red, silver, gray, white, and blue color. The interior will be in a dual-tone color scheme with extensive use of leather. It will have a  4.0 liter V8 bi-turbo engine that can drive you at a speed of 300kmph.

These eye-catching cars may tempt you, and surely you will skip your heartbeat once you ride one.  If you are also planning to buy a newly launched car, then you can get finance for the cars from banks and NBFCs.