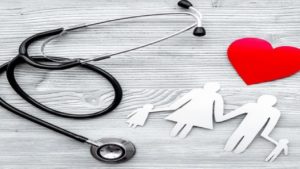 s 50,000 crore on tap liquidity window as announced on Wednesday. The Schemes are designed for boosting the private investment in healthcare and fetch financing individuals who have contracted Covid in the past.

Large public sector banks addressed the opportunity to start making credit available online through the liquidity facility during a meeting with the Finance Ministry. Banks will go back to the drawing board to create schemes with extremely competitive rates and eligibility criteria.

As per bankers, the only way to increase capacity in pharma and hospitals is through brownfield projects in which existing units are expanded. This includes adding new drug lines, oxygen plants, and increasing the number of hospital beds. The development of private capacity in healthcare is regarded as critical, as government hospitals may struggle to find doctors. Greenfield capacity in the form of new diagnostic centers and nursing homes in smaller towns is expected to emerge.

The benefit of an off-the-shelf scheme is that the terms and conditions are standardized and loans can be approved quickly. Banks can better monitor it by establishing a vertical for special schemes, and smaller loans for Covid treatment can be approved at all branches across the country.

The Serum Institute of India and Bharat Biotech had received two large loans as in-principle approval from the public sector. These vaccine makers will benefit from this scheme. Bank of Baroda has extended a helping hand to Serum Institute of India- the makers of Covishield in this scarce condition of the pandemic by funding Rs 500 crore and non-fund-based credit lines. This loan is sanctioned ahead of RBI’s measures and the final approval came up on Wednesday when the Rs50,000 crore liquidity facility was announced by the healthcare sector.

As per our sources, A credit line has been extended to Bharat Biotech-makers of Covaxin by SBI. While the bank declined to comment on the report, sources said the country’s largest lender is backing a number of government initiatives to control Covid. According to an SBI research report, the Rs 50,000 crore funding represents 9% of India’s total health spending of Rs 6 lakh crore under private final consumption expenditure in FY20.

According to bankers, pharma companies, in addition to vaccine makers, are expected to purchase a significant portion of this facility, as the creation of new capacity would necessitate significant investment.

As per the report of the ICRA agency on healthcare, a 20% growth in revenue during the current fiscal as against a 19% contraction is set to record in FY21. Hospitals that had planned to broaden had to restrain last year because Covid caused many Indians to postpone elective procedures. As a result, non-Covid hospitals saw low occupancy, which is expected to increase to 60% in FY22 from 50% in FY21.