EURO is the official currency of 19 out of the total 27 member states of the European Union. This group of the states is also known as the Euro Area or the Euro Zone and it includes around 343 million citizens from the year 2019. It is divided into 100 cents and is one of the second most traded and largest currencies in the foreign exchange market, the first one being the US dollars.

INR is the official currency of India and is divided into 100 paise. The issuance of the currency notes of India is controlled by the Reserve Bank of India and it also derives its role in the management of currency according to the Reserve Bank of India Act 1934. A new sign of rupee (₹) was designed by D. Udaya Kumar and it was officially adopted in the year 2010. Before this sign, “Rs” and “Re” was used for rupees and one rupee respectively.

Currently, the exchange rate of 1 EURO to 1 Indian Rupee is as follows: 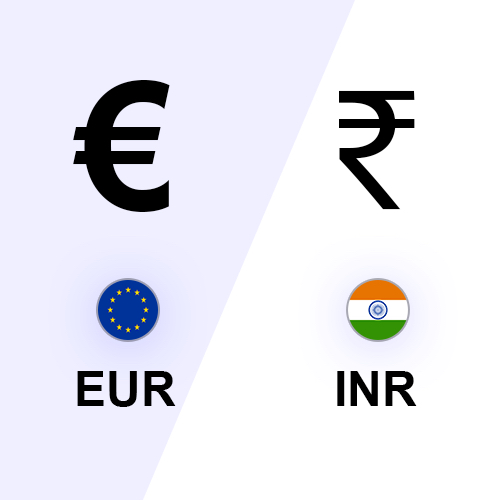 The exchange rate of 1 EURO to 1 INR is depicted in the following table:

EURO has also one of the highest combined values of coins as well as banknotes in circulation in the whole of the world.

There are more than 1.3 trillion euros in circulation as of December 2019. It should also be noted that around 200 million people all around the world use the currencies pegged to EURO. The name of the currency ‘EURO’ was adopted officially on 16th December 1995 in Madrid and after that, it was finally introduced to the World Financial Markets as an accounting currency. It was done on 1st January 1999. The physical banknotes and the euro coins entered in the circulation in the market from 1st January 2002. 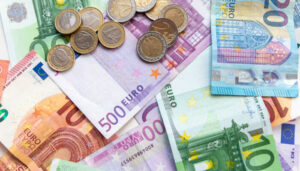 If you are having any trouble converting some euros to rupees, here is a handy table for you. This table will help you to convert your euros into Indian rupees and vice-versa very easily and in no time.

✅ What is the EURO worth against the Indian Rupee?

✅Is the Euro going down or up against the Rupee?

As per the exchange rates, the rupee is going down.

✅What is the exchange rate of 1 euro to 1 rupee and how can one convert it?

You can enter the amount that you want to convert and the currency convertor will automatically update and will give you the number of Indian rupees.

✅How can convert my euros into rupees and how can I send them to India?