What is the Influence of Weak Rupee on Education Loans

As the rupee-dollar parity becomes gradually more twisted, students who are in search of excellent overseas education are in a great difficulty. To give them assistance, the Indian banking segment, has just guaranteed to stand by all such candidates who desire to study in a foreign country, by approving to replenish all educational loans either taken recently or being processed, to meet the gap created by the declining rupee.

This comes as an enormous assistance to a whole lot of students struggling with the escalating charges of education due to the increasing value of the rupee. They may require paying up much more for their abroad studies in the future as the rupee may go down further. Around 104,000 students went to the United States in the time-period of 2010-11, whereas 41,350 students went to the United Kingdom in 2010.

For an international student, the cost of studying at a United States university annually, inclusive of education and living expenditure, ranges between $25,000 and $60,000. This is the expenses of a student for an undergraduate course.

However, in case of higher studies like MBA, the overall expenses of a student range between $25,000 and $60,000 or more. At the present exchange rate, that works out to more than Rs. 13 Lakh to about Rs. 32 Lakh annually. Payments are made in each semester. The rupee has declined 17 percent in the last 5 months. Parents will have to pay more if the rupee stays at this level for the whole term of course for which the loan was taken.

Bankers said, the usual loan amount for overseas studies is approximately Rs. 14 Lakh, whereas they are permissible to lend up to Rs. 20 Lakh. 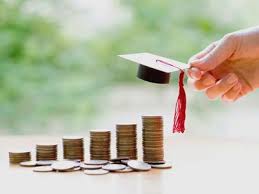 The Major Influence of Weak Rupee on Education Loans:

Some Advantages of a Declining Rupee:

Influence of Weak Rupee on Education Loans –  Getting Worse

The tenderness of students scheduling to study overseas is likely to increase. Foreign exchange players expect the rupee to move towards more pressure. Consequently, students who have just taken education loan or are in the procedure of getting one would require a top-up. The students and their co-applications will, though, have to bring in more collateral, for the top-up. 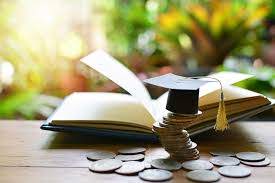