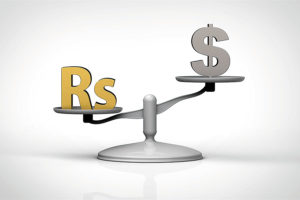 Financial Minister Arun Jaitley has unveiled the most anticipated Union Budget on Feb. 28, 2015 with a vision of making India a Global Power. He believed that India’s Economy will grow 8 to 8.4% in the future. He made several announcements in his budget speech for different sectors. Here is the brief picture of the Budget Impacts on different industries of India:

AIRLINES: Domestic passenger traffic is expected to boost by 11% in fiscal year 2014-15 and 12% in 2015-16. Slashing the prices of crude oil and passenger load factors would definitely improve the performance of Airlines Industry. Finance Minister has announced issuing Visa-on-arrival to 150 countries which is 43 at present. This will significantly increase traffic. Service tax has been increased to 14% from 12.4%. Due to this, passenger fares may hike up to 0.7%. The Government of India has also proposed an amount of rupees 2500 crore in Air India.

BANKING & FINANCE: Finance Ministry has allocated 7940 crore rupees in 2015-16 for capitalization of public sector banks. This amount seems insufficient as the capital requirement is high. The positive face of the coin is the announcements of creating an investment company and a Bank Board Bureau. For small entrepreneurs, a Micro Units Development Refinance Agency (MUDRA) will be established.

TELECOM: The telecom industry will see a revenue growth of 14-16% in 2015-16. Network operating costs may rise and traffic growth will be at 7-8%. Excise duty for mobile handsets has been increased to 12.5% from 6% with CENVAT (Central Value Added Tax). It may slow the pace of Smartphone Markets’ growth.

INFRASTRUCTURE-ROADS: For the development of NHs a 178% yearly increase to rupees 85607 crore in investments has been proposed. Arun Jaitley has announced tax-free bond for roads and implementation of National Infrastructure and Investment Fund. This will provide additional funds for strong construction of roads. He also proposed rationalization of the Tax Regime which is positive for the development of road connectivity in India.

Automobiles: Automobile sales is expected to boom 9-11% in 2015-16. Two-wheeler sales are expected to grow 12-14% due to high scooter sales. Commercial vehicle sales will grow 11-13% due to strong industrial growth. There will not be any impact of Union Budget on Automobile sales. The funds allocated to MANREGA and NABARD may boost the sale of tractors.

Power: The Coal Auction is an achievement of Government. Aggressive bidding for Coal Blocks will be beneficial for this industry. Some of the drawbacks of this industry are fuel availability, aggressive bidding and weak financial state of distribution companies. The power generation cost is expected to increase by rupees 0.09 a unit. The clean energy initiative of the government may prove a landmark for the power generation sector of India.

Oil and Gas: The prices of crude oil are likely to fall by 37-42% in 2015. Due to no OPEC supply cut, Petroleum and LPG could fall 40-45% to Rupees 40000-45000 crore in 2015-16. Domestic gas prices may decline due to gloomy global demand and crude prices. Gas demand is expected to grow 15%. The overall impact of Union Budget is positive. Government is contributing Rupees 30000 crore to fuel subsidies.

Information & Technology: IT services are the backbone of the country. The IT services export is likely to rise 12.6% in 2014-15. There is no significant impact of Union Budget on IT Sector. For the implementation of Self-Employment and Talent utilization (SETU), 1000 crore rupees are allocated to support start-ups and self-employment activities. Tablet computers may become cheaper due to the exemption of basic custom duties.

Real Estate: There was a decline in the new home sales across top 10 Indian cities, including Ahmedabad, Bengaluru, Chandigarh Tricity, Chennai, Hyderabad, Mumbai, NCR, Kolkata, Kochi, and Pune. In Union Budget 2015, the service tax has been hiked to 14% from 12.4%. It will increase the cost of under-construction residential and commercial real estate space. Implementing REITs ( Real Estate Investment Trusts) is a good move to boost investments in real estate field.