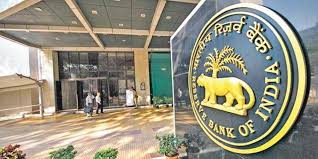 The major reasons behind this increase are:

Per year change in CPI is the measure of retail inflation. CPI has been expanded from 4.9% to 5% in June this year. This has occurred due to a progressive increase in fuel and items other than fuel. There is even an apparent rise in the fruit prices during summers. Hence to adjust the impact of the 7th central pay commission’s house rent, inflation increased from 4.5% TO 4.6% IN June.

What do you mean by Repo Rate?

Before we jump into further information, we need to have an understanding of what a repo rate is. The repo rate is the rate at which RBI gives a loan to other banks. So if RBI lends loans to other banks at higher rates of interest then it is quite obvious that banks are going to increase the interest rates to their domestic lenders.

Inflation is the rate at which prices of goods and services increase. Generally, inflation reduces the value of money. So high inflation is not good. An increase in wage prices and prices of raw materials cause a rise in inflation.

How does it affect customers?

It negatively affects the customer. For instance, if there is a noticeable increase in inflation, it will directly increase the repo rates. This leads to high lending rates to banks by RBI.  That is further related to the customers. The interest rates of loans in banks going to increase eventually. And customers have to pay for it. The EMI’s for personal loans, home loans, and other loans will increase.