10 THINGS YOU MUST KNOW BEFORE THE RAILWAY BUDGET 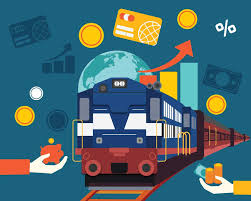 At present every individual is looking up to the Railway Budget. Everybody is paying attention to the Railway Minister, Piyush Goyal. Piyush Goyal, who elevated from cabinet minister is going to present a very good number. Nevertheless are you aware of the numbers related to Railway Budget? Here are 10 important numbers that will help you understand the Rail Budget: