The petrol price in Gujarat today is ...

Petrol Price in All Cities of Gujarat Today

Trend of Petrol Price in Gujarat for February 2022 (rates per litre):

Trend of Petrol Price in Gujarat for January 2022 (rates per litre):

Trend of Petrol Price in Gujarat for December 2021 (rates per litre):

Trend of Petrol Price in Gujarat for November 2021 (rates per litre):

Trend of Petrol Price in Gujarat for October 2021 (rates per litre):

Trend of Petrol Price in Gujarat for September 2021 (rates per litre):

How Frequently are Petrol Prices in Gujarat Reviewed? 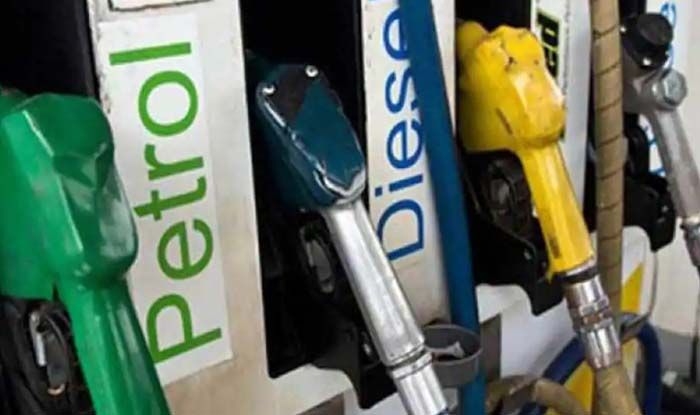 You might have seen that petrol prices are revised on a daily basis. The daily revision is also called ‘dynamic fuel pricing’. In early days, there was no transparency with respect to fuel pricing. Under the daily revision, the current petrol rate is marked to market dynamics. If prices of crude oil fall today, the petrol rate will fall tomorrow.

Also any modifications in overseas crude oil prices and the currency conversion rate of the USD to the INR will directly impact the final price of petrol in Gujarat, and also with other states. Fuel rates will be automatically revised by automated petrol pumps and manually by non-automated bunks.

Petrol Costs in Gujarat and Other States

The following formula is used to compute the final price petrol, which is charged to consumers from all cities of Gujarat:

A barrel of crude oil, which is equivalent to 159 litres, costs $50 currently. Freight charges includes the expenses incurred by oil marketing companies for shifting crude oil from overseas ports to Indian ports. The refinery transfer price is remitted again by oil marketing entities.

Changes in domestic factors and international factors impact the petrol prices. Prices of crude oil in global markets, the exchange rate, and the tax element have a direct affect the retail selling price of petrol in Gujarat. The key influencers include changes in the currency conversion rate, climate conditions, political events in oil-producing countries, and the quantum of demand for oil from evolving nations. For example, during the rainy season, all activities related to crude oil extraction are likely to be adversely affected.

How are Petrol Prices in Gujarat Responding to GST?

Goods and Services Tax (GST) is a consolidated indirect tax platform. Petrol and petroleum products will not fall under the regime of GST. However, all industry participants continue to pay the existing tax slab. If petrol is brought under the regime of GST, petrol prices will be cheaper for consumers, but the state and central governments stand to lose their revenues drastically.

State-run Oil Marketing Companies (OMCs) on Tuesday kept the price of petrol unchanged in the major cities of the country. The price was kept unchanged for the first time after a period of seven days when the rates were hiked. Following the revision in the rates, a litre of petrol was retailed for Rs.83.71 in the national capital. In Mumbai, Kolkata, and Chennai consumers were required to shell out Rs.90.34, Rs.85.19, and Rs.86.51 respectively for a litre. The price charged for a litre of petrol was the highest in Mumbai among all the metropolitan cities.

In the international oil market, oil rates fell around 1 percent on Monday due to heightened tensions between the United States and China and increasing coronavirus cases across the world. The futures of Brent crude fell by 46 cents or 0.9 percent to be trading at $11.79 per barrel while US West Texas Intermediate (WTI) crude futures were down by 50 cents and settled at $45.76 per barrel.

The rates of petrol were hiked in the country for the thirteenth consecutive day on Friday. State-run Oil Marketing Companies (OMCs) increased the rates by 56 paise in the national capital. Following the hike, a litre of petrol cost Rs.78.37. In the other three metropolitan cities like Mumbai, Kolkata, and Chennai, consumers were required to shell out Rs.85.21, Rs.80.13, and Rs.81.82 for a litre. The rates of petrol were the cheapest in the national capital among all metropolitan cities due to lower taxes. In the last 12 days, petrol prices have increased by 7.11 per litre in Delhi.

In the international oil market, the rates extended gains from the previous session after members of OPEC and allies promised to meet their supply cut commitments and two major oil traders stated that demand is recovering. The futures of Brent crude increased by 0.43 percent and was trading $41.69 per barrel.

In India, the rates of fuel are revised daily as per the dynamic pricing scheme which was adopted in June 2017. As per the mechanism, the rates are dependent on international oil prices on a 15-day average and the value of rupee against the U.S. dollar.

✅ What is the average Petrol price in Gujarat?

The average Petrol price in Gujarat is ₹ 87.61.

✅ What is the costliest Petrol price in Gujarat?

✅ Which city has the cheapest Petrol price in Gujarat?

Kheda has the cheapest Petrol price in Gujarat with ₹ 67.2

✅What is the cheapest Petrol price in Gujarat?