South-Indians have a high reputation when it comes to gold. Their brides are usually covered in gold which is not seen in any other culture mostly. From massive temples to small households, the entire South-India is a fan of this yellow metal. 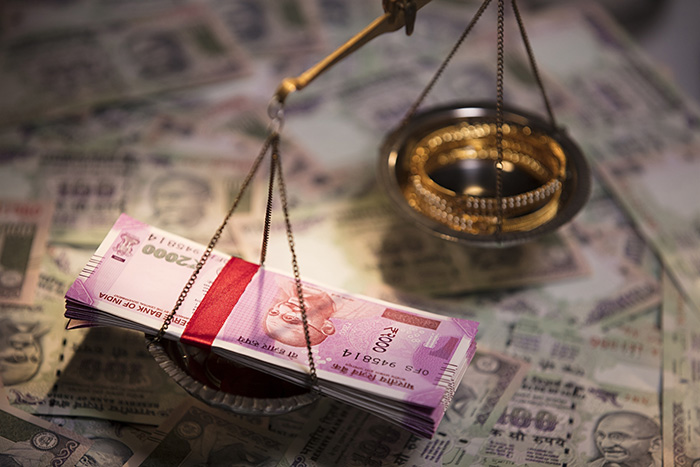 South-Indians are turning to gold loans to fill the financial void despite a hike on COVID cases.

Amidst the effects of the ongoing pandemic, it is not surprising that the South-Indians are trusting their most favourite metal. Did you know that the country’s 40% of gold is accounted for in the south of India? This fact hence, should not surprise you.

After Onam, there is an increased demand for gold loans in Kerala. The Keralites had always believed in gold when it comes to safe investments, and this is one of the main reasons why we see a surge in demand for this noble metal. Last year, Kerala alone consumed around 70 tonnes of gold out of the total 690 tonnes consumed by the entire country. This approximately reduces to 10% of the annual consumption of the nation that is consumed by Kerala alone.

The Kerala branch of Malabar gold and diamonds has seen a hike too. The chairperson Ahammed MP told in one of his interviews with ET (Economic Times) that they had assumed the sales to be very cornered this year compared to the last year. The demand remains unaffected and continues to be the same.

However, that was not the case; Kerala saw higher demand for gold loans post-Onam. It could be possible due to the bank’s responsible and precautious behaviour. It seems the precautious measure, created a sense of trust and that trust was reflected in the gold sales. Not only private firms but also NFBC’s are witnessing the depth of high demand in gold loans.

The managing director of Manappuram gold loan, Mr. VP Nandakumar also shared the observation of gold hikes. According to his insights, the branch has seen a demand for gold loans amongst new customers along with the old ones. Other than South Indian states, the northern and the western states have also logged a considerable demand in gold.

He also mentioned that at this given point, they could not assure whether the rise in demand for gold can be related to the overall scene of the health of the state.

Mr. Nandkumar has also assumed that they might achieve a 15% growth in their first fiscal year and then the numbers shall keep raging the graph. Then overall, it could be calculated that their turnover can increase by up to 20% if there is a growth of 5-7% in the second half of the current fiscal year. On learning these statistics, the director was shocked and surprised as a massive void was expected due to the pandemic.

Other than that, Mr. Umesh Mohanan, the executive director of Indel Money, has made observations that illuminate the selling of gold by a small group of customers to pay their loan debts. This hike in demand for gold loans has given rise to cut-throat competition between the NBFC and private banks. Private banks are giving their customers all the facilities to attract them and compete well with the NBFC.

IRFC IPO share allotment to be finalized today. How to check application status

Two important spheres to look out for in Budget 2021

At ‘peak’ of asset quality stress; has ‘many positives’: CEO of Yes Bank