The Central Bank of India is a government-owned bank in India. It is one of the oldest and largest government-owned commercial banks in India, and it is owned by the Ministry of Finance of the Government of India. It is headquartered in Mumbai, India’s financial hub and the state capital of Maharashtra.

In 2009, it was one of twelve public sector banks in India that were recapitalized. Despite its name, it is not India’s central bank. It’s a government-owned institution. Because of its pan-India status, the NDA administration decided to keep the Central Bank of India as a distinct body.

The Reserve Bank of India (RBI) has granted permission for the Central Bank of India to open representative offices in five more locations: Singapore, Dubai, Doha, and London.

The bank has 4,651 branches, 3,642 ATMs, ten satellite offices, and one extension counter as of March 31, 2020. It has a presence across the nation, encompassing all 28 states, seven of the eight union territories, and 574 district headquarters out of the country’s total of 574 districts.

Farmers can utilise the Central Bank of India Agriculture Gold Loan to obtain cash in exchange for insured gold, which they may use to help agricultural planting and harvesting. However, it’s also critical to understand the loan’s terms, which can be done with the help of an online EMI calculator, which shows the monthly EMI charges for the required amount. Some of the factors that impact EMI estimations are as follows:

The value of the jewellery you may put up as collateral with the bank determines the amount of a gold loan you may be qualified for. Banks frequently provide a jewel loan per gramme of gold, which varies according to the purity of the gold and the loan-to-value ratio available. 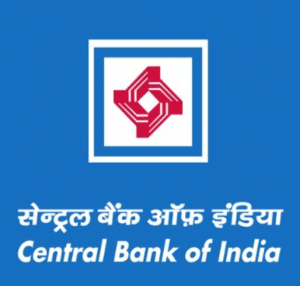 There are certain requirements that are required to be fulfilled to avail a agriculture gold loan:

The Central Bank of India is a financial organisation based in India. Agriculture Gold Loans from the Central Bank of India are a specialised programme available from both public and commercial organisations. Agriculture has been practised by a large majority of India’s inhabitants from ancient times, making it an agriculturally intensive country.

Agriculture gold bank loans begin at a rate of 7% per year and gradually increase. Agriculture gold loan interest rates, as well as eligibility, repayment periods, fees, and penalties, will vary per bank.

The above table shows the method by which Banks will calculate your per gram gold loan for gold of varying purity.

The following is the gold loan cost of borrowing supplied to clients through the Central Bank of India Agriculture Gold Loan:

Because of India’s imperial heritage and the abundance of natural resources, our soil can sustain a diverse diversity of plants and flora. Different geographical features influence the development and long-term survival of various crops and plants in various sections of the country.

Despite the fact that farming is the country’s most common employment, most of it is done to make ends meet.

Using existing methods, commercial farming is not practised on a big enough scale in the country. The market offers a number of agriculture-specific gold loans, such as the Central Bank of India Agriculture Gold Loan, to address this issue.

Any farmer may acquire an agriculture gold loan from one of the many lenders on the market, but applicants must keep the following points in mind to receive the best deal and avoid fraud and other financial problems.

Because a gold loan is secured, the loan amount is determined by the value of the gold you put up as collateral. Banks and non-bank financial organisations (NBFCs) cannot lend more than 75% of the value of gold, according to the Reserve Bank of India.

These loans are often given within a few hours of receiving the loan application because they require very minimal documentation. As a consequence, a gold loan is a viable choice for dealing with financial difficulties.

Gold loans are short-term loans with a variety of repayment options and durations ranging from seven days to three years. In addition to the usual EMI repayment option, borrowers can choose to return the whole interest amount now and the principal component later at the end of the loan period.

Lenders demand processing fees and costs after your gold loan application is completed. It typically varies between 0% and 2% of the overall loan amount. A one-time fee may be charged by some lenders. This cost should be explored before completing your loan application since it may be taken into account if you are applying for a large-ticket loan.

If you pay off your gold loan early, most lenders will not charge you a fee. If the loan is closed before the term is completed, certain lenders may charge up to 2.25 per cent of the outstanding amount.