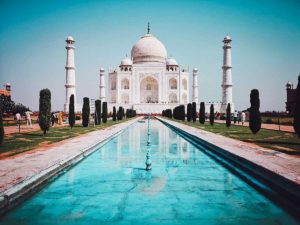 A steady rise in the gold rate in Agra that has never occurred before has been noticed in the recent few years. This shows how much the Indians have been using gold as a commodity.

This noticeable demand can also be observed in Agra. The rates set for a certain amount of gold is set on a universal level. This means that the prices of gold would be the same all over the world on one particular day.

It would not be a different one and another. It is the same. Therefore the deciding of the gold rate in Agra are based on the international market fluctuations, currency value fluctuations that happen on that day that affect the gold rates for each day are being set. The purchase and the making of gold in this particular city are mostly for ornaments and jewellery, which is basically the demand of not only just Agra but the entire nation.

Gold is the most popular, largely consumed and highly precious metal. It does not hold this value just within Agra or India, but all over the world. The rates of gold are considered to be highly dynamic in nature because it is not just one particular factor that determines the rate of gold on that day, but several interrelated factors that could also be international.

Some examples of these factors could be ranging from the strength of the US Dollar to the seasonal demand to the financial market situations in the country. This precious metal is traded as a commodity in various exchanges such as MCX, NCDEX AND NSEL.  These contracts are available as spot contracts and futures contracts. Spot contracts are where the gold can be bought and immediately delivered, whereas future contracts are when gold is bought but is delivered way later and not right away.

The gold rate in Agra is decided based on the recent international trends and continue to be constantly affected by a wide series of influential factors, some of which may even go unnoticed because there are way too many.

This could range from the strength of the Indian rupee to the seasonal demands of gold to the fluctuations in the financial industry. The majority of the people who purchase gold in Agra or even the rest of the world always buy it in the form of jewellery or ornaments; buying coins doesn’t happen very frequently.

How do Gold Traders Determine Future Gold Prices in Agra?

There are a few parameters that most investors keep in mind to determine the future gold rate in Agra, those are:

Impact of GST on Gold Rate in Agra

There has been a lot of ebbs and flow in the gold rate, especially after the enactment of Goods and Service Tax (GST) in India. Along with international trends, the advent of GST has also reflected on the gold rate in Agra as well.  This means the taxation on gold jewellery is now 3%, which is exclusive of the 1.5% VAT, which was levied earlier, along with 1% excise duty.  After GST, the taxation has been streamlined; the final jewellery bills are now inclusive of 3% GST, customs duty of 10% and processing charges are imposed as 5%.

Gold as an Investment in Agra

There are several jewellery stores in Agra, where you can buy genuine gold products for investment, as well as personal use. But before making the purchase, it is advisable that you do some online research to know about today’s gold rate in Agra so that you make an informed decision. The gold rate in Agra keeps on fluctuating every day, so you need to check on that particular day as well.

Make sure that you get the purity certification from your vendor against the jewellery that you have purchased. This ensures that you have invested your money safely, and it is only possible to exchange certified jewellery at the current gold rate in India.

How Can You Make Gold Investments in Agra

Ways you could make gold investments in Agra are:

Gold Schemes To Invest in Agra

The gold schemes are present in the market with the sole objective of helping people save gold that can be used by many who want to save that money for larger, more emergent expenses/situations in life. There are various schemes present in Agra that one could invest in, which would make the purchase of gold easier.

There are plenty of discounts on the making charges that are existent when purchasing gold. However, there is never gold that is bought with completely no making charges paid. It is advisable to invest in gold schemes as a purpose to accumulate gold for future purposes. Invest in any such scheme, not for investment purposes, but to buy physical gold at a later stage.

Things to Consider Before Buying Gold Jewellery in Agra

The factors that influence the gold rate in Agra are plenty. However, there are certain things one should consider before buying gold jewellery. They are:

The factors that influence the gold rate in Agra are:

KDM and Hallmarked Gold in Agra

KDM – KDM is formed by 92% gold is mixed with 8% of cadmium. It is an alloy that is used in the process of jewellery designing; older materials are used. However, there are two metals that are gold and solder material, that are having different melting points, which is why cadmium is added to the mixture and is therefore called KDM.

One of the most frequently asked doubts which not everyone has been able to answer completely—the understanding of the 916 gold. The individual should first have to make a study on the global trend to check the rates of gold and also check the factors affecting the rates of the 916 gold. This is because, in India, 22 carats of gold is usually named 916 gold. The rate of gold in Agra is affected by factors other than the international market, such as the rate of import duty. The higher the import duty, the higher the rate of gold being sold in Agra and vice-versa. The gold rate in Agra would also suddenly decrease if the government charges a lesser import tariff. 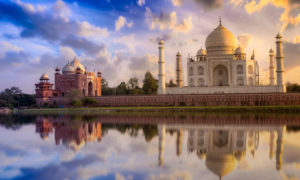 People who are considering investing in gold should check out different options and not just jump on the first one they set their eyes on. The first and the foremost thing to do would be to check the current days gold rate in Agra either online or through a newspaper.

Plenty of shops offering the best of them all are present in and around Agra and in the majority of parts of the city. Though gold can be purchased anywhere in the world, Agra is the one with the best rates at the moment.

Buying a Gold Loan in Agra

A gold loan can be easily bought for the right amount of gold that you own. The method to avail of a gold loan is not as tough as people make it to be, provided the gold is your own gold, and you are in a position to give assurance to the gold insurers.

Consistency is key when it comes to repayment of the interests of the borrowed amount. If you have not been paying your interests continuously, then the gold lenders have all the rights to auction your gold or even go to the extent of suing you.

A gold loan is typically issued for a short period, which ranges from 3 months to 36 months. However, there are various banks and lenders that offer different loan tenures as well as different interest rates.

A new report has been filed against a newlywed woman who has reportedly run away with some gold and silver jewellery from her marital home after sedating her husband and in-laws. This event took place in the Bah City of Agra Rural; a missing complaint has been filed regarding the same matter at the Khera Rathore police station, said the Station House, Officer Prem Singh. Upendra, the complainant, and his family had woken up to find his wife missing at home, along with all the silver and gold jewels and all her clothes missing.

✅ What is the gold rate in Agra for 916 hallmark gold?

✅ What is the price of 1 gram of gold in Agra today?

✅ How is today’s gold rate in Agra 916 determined?