Bareilly is a city in the Bareilly district of Uttar Pradesh, India. It is the capital of the Bareilly division and the Rohilkhand geographical area. The city lies 252 kilometres (157 miles) north of Lucknow, the state capital, and 250 kilometres (155 miles) east of New Delhi, the national capital. It is the eighth-most populated city in the state, seventeenth in Northern India, and fifty-fourth in India, with a population of 898,167 in 2011. The Ramganga Barrage was erected for canal irrigation and is located on the Ramganga River.

Bareilly is an established town, and people sometimes need to get funds in order to discharge some necessary expenses or to fund new business ventures. A Gold Loan is well known to be more helpful than other loans as they are secured and help the customer to get better terms and conditions from the loan provider. Gold Rate in Bareilly also has an impact on the loan terms.

Gold prices are set on a national level according to purity and per gramme of gold, which means that the Gold Rate in Bareilly would be the same throughout the state. Banking institutions and gold jewellery makers are the most common importers of gold into India.

Gold Rate in Bareilly is also determined by the availability of gold to meet the loan demand. 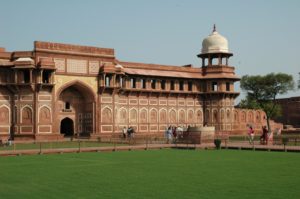 The majority of gold prices are determined informally. India’s gold rates are affected by global prices, albeit they may differ from those in other nations. The Indian Bullion Jewellers Association, or IBJA, plays a key role in determining daily gold prices in India.

The major gold dealers in the nation are members of the IBJA, and they have a collective say in pricing. These individuals, who come from all areas of India, represent virtually all of the legal gold traded and acquired in the country.

Gold is mostly imported into India by banks, which subsequently sell it to bullion dealers around the country. After subtracting their fee, banks give this gold to dealers, making it somewhat more costly than the rate at which gold was imported. Hence it can be said that Gold Rate in Bareilly depends on internal as well as external factors.

How do Gold Traders Determine Future Gold Prices in Bareilly?

Impact of GST on Gold Rate in Bareilly

The Reserve Bank of India regulates banks and non-bank financial companies in India. The RBI also regulates the practices of businesses that provide gold loans to customers. The RBI has a set of rules in place to protect customers’ interests.

On Thursday, the Reserve Bank of India (RBI) relaxed gold lending requirements, allowing lenders to lend up to 90% of the gold pledged. Currently, banks can lend up to 75% of the value of gold jewellery and accessories.

On the day of the monetary policy statement, the central bank increased the loan-to-value (LTV) ratio for gold loans to 90%. The Gold Rate in Bareilly now would have a greater impact on the gold loan. The LTV is the proportion of the value of the collateral that the lender can fund with the loan.

Gold as an Investment in Bareilly

Before investing, most risk-averse investors look for three things: safety, liquidity, and rewards. Gold not only succeeds wonderfully in the first two criteria, but it also excels in the third. Some of the reasons why you should invest in gold are as follows:

How Can You Make Gold Investments in Bareilly

This is the so-called “golden question.” Traditionally, gold was purchased in the form of coins, bullions, artefacts, or jewellery. Two newer kinds of gold investing are gold ETFs (exchange-traded funds) and gold mutual funds.

Gold ETFs are similar to buying the same quantity of physical gold without the hassle of storing it. As a result, because the gold is housed in Demat (paper) form, there is no risk of theft or burglary. Investments in gold mining firms are made through gold funds.

Gold Schemes To Invest in Bareilly

Bareilly is a growing city in the country’s northwestern region. Take a look at the table below to discover how you may invest in gold in a variety of ways:

Things to Consider Before Buying Gold in Bareilly

KDM and Hallmarked Gold in Bareilly

Although this is one of the most often asked questions, finding an answer might be difficult. For instance, you could look at the global trend that affects the 916 Gold Rate in Bareilly. The fluctuation of the US dollar against other currencies has an impact on it as well. The Indian word for 22 karat gold is 916 gold. A lot of factors, including the import tariff rate, determine the gold rate in Bareilly today.

There are several marketplaces in Bareilly, including Ansari Market, Laala market, and others. Banks and non-bank financial companies (NBFCs) in Bareilly operate in such marketplaces and provide trustworthy loans to clients. Gold Rate in Bareilly can also be found out in such markets by visiting loan providers or gold sellers. Typically, loan providers are banking organisations since they offer a wide range of financial services in addition to loans.

Buying a Gold Loan in Bareilly

In India, getting a gold loan is simply because it is available both online and offline. Gold loans are a way for borrowers to obtain instant money. A gold loan from a bank or a non-bank financial institution (NBFC) is an obvious choice. Gold Rate in Bareilly has to be found out before applying for a loan in Bareilly city.

Customers may now compare the majority of loan offers from big banks and NBFCs in Bareilly online by visiting their websites. This is easy to say but much more confusing for the interested customers; instead, customers can easily find and compare gold loan offers from a number of market-leading gold loan providers with:

India’s first Financial helpline, Dialabank. You can visit the Dialabank website for all the relevant information about loans and other financial products.

After being detained for not wearing a mask in public two days earlier, a 28-year-old worker in Bareilly district accused police of pounding nails into his hand and leg. The police dismissed the allegations, claiming that he caused the injuries on himself in order to avoid being arrested for assault on a policeman.

Ranjit, a 28-year-old resident of the district’s Jogi Navada neighbourhood, made the claims in the morning, causing a commotion at the district police chief’s office. Nail damage occurred in both a hand and a leg. He was taken to the district hospital by the police, where he is currently receiving treatment.

Yogi Adityanath, the Chief Minister of Uttar Pradesh, has stated that a textile park will be built in the Bareilly district as soon as all obstacles have been removed.

“In keeping with its history, Bareilly will soon feature a textile park. All roadblocks have been removed, and construction is expected to begin shortly. “During a video conference, he stated.

He was looking over the development projects in the Bareilly Division, which includes the districts of Pilibhit, Bareilly, Shahjahanpur, and Badaun. Currently, the division is working on 14 projects totalling more than Rs 50 crores.

✅ What is the price of gold in Lucknow?

In Uttar Pradesh’s capital city, which has a long history, gold has always been the most significant metal. Gold prices in Lucknow, as in the rest of the world, are quite volatile and may swing substantially depending on a variety of reasons.

✅ What Has Changed in Interest Rates in the Last Month?

Gold Rate in Bareilly has swayed back and forth in the recent month. It decreased in the first week of March due to economic developments but rose by the following weekend. Despite an increase in demand the next week, prices dropped and continued to plunge over the following several days. Gold has always been in high demand, regardless of whether today’s Gold Rate in Bareilly is greater or lower.

✅ Is It a Good Idea to Invest in Gold?

Jewellery and ornamentation are the most common uses for gold. It is always an appealing prospect for investors since it is proven to provide significant returns for long-term investments and provides a safety net for people in hazardous situations.

✅ What Should You Think About Before Investing in Gold?

When considering the purchase of gold-related commodities such as jewellery or exchange-traded funds (ETFs), it is necessary to first time the market by comparing the Gold Rate in Bareilly from several sources. Make certain that any jewellery you purchase is hallmarked.

Jagat Singh Katehriya, a Rajput, created Bareilly in 1537 and named it after his two sons Bansaldev and Baraldev. In 1569, the town fell under the Mughal administration, and by 1596, it had become the capital of a local pargana. Mughal administrator Mukrand Rai laid the groundwork for the current city of Bareilly in 1657, and it became the seat of the province of Budaun in 1658.

As the Mughal Empire weakened, the Kingdom of Rohilkhand rose to power, with Bareilly as its capital. After the collapse of Rohillas in the First Rohilla War, the city fell under the hands of Oudh State in 1774, and the Nawab of Oudh sold the city to the British East India Company in 1801.

In 1811, a military outpost was created to the south of the city, and a fort was built in 1816. During the Indian Rebellion of 1857, the rebels emancipated Bareilly, and it remained independent under the leadership of Khan Bahadur Khan until it was re-annexed by the British in 1858.

Dhopeshwar Nath, Madhi Nath, Alakha Nath, Tapeshwar Nath, Bankhandi Nath, Pashupati Nath, and Trivati Nath are among the seven Shiva temples in the Bareilly region; traditionally, the city was known as Sanjashya (where the Buddha descended from Tushita to earth). It is a centre for furniture production as well as cotton, grain, and sugar trading.

Bareilly is one of India’s 100 Smart Cities in the works, as well as one of the National Capital Region’s counter-magnet cities (NCR). The city is served by the Bareilly Airport, which provides direct flights to Delhi and is planning flights to Mumbai, Bareilly, and Lucknow. The city’s Bareilly Junction railway station is one of India’s top 100 booking stations, while Izzatnagar is the divisional headquarters of one of the North-Eastern Railways’ three divisions.