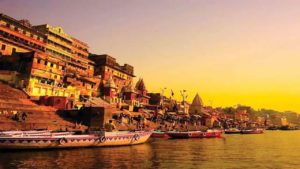 There has been a steady increase in the prices of gold than ever before. This sudden increase in the rates can be seen in Varanasi. The prices that are decided for a certain amount of gold is dependent on factors on an international level. It is mainly these factors that determine the price of gold. Most people buy gold in the form of jewellery and ornaments, which is not just the way people buy gold in Varanasi but all over India.

Indians have a relationship with gold that goes way back. It is this gold that they always prefer to invest in and consider it as the safest investment because they can pledge it whenever and obtain money immediately at times of emergency. From all the reasons mentioned above, we can understand the mindset of people in Varanasi when it comes to gold.

People in Varanasi purchase gold only in the form of jewellery or ornaments. This precious metal is traded as a commodity in various exchanges such as MCX, NCDEX AND NSEL.  There are two contracts that are available, and those are spot contracts and futures contracts. Spot contracts are defined to be one where the gold can be bought and delivered instantly, whereas future contracts, as the name says, is where the gold is purchased and delivered at a later date.

Indians are used to pledging gold and taking money even before it became institutionalized. Gold is the major investment portfolio for customers of Varanasi who are looking for a longer return on the metal.

Deciding the gold rate in Varanasi on that particular date are done after a careful analysis of various international trends and is affected by a variety of factors and not just one. It could be the festival seasons, the value of the Indian currency, the market as a whole and so on. The people of Varanasi usually purchase gold as jewellery or ornaments that could be worn; most people purchase gold to wear it for most occasions.

Compared to the previous years, the rates of gold have seen a steady improvement. If you want to buy gold, then now would be the best time to do so.

How do Gold Traders Determine Future Gold Prices in Varanasi?

There are different factors that lead to variations in the gold rate in Varanasi. However, there are some criteria that investors make sure that they have filled in order to make future predictions. They are:

Impact of GST on Gold Rate in Varanasi

There has been a lot of ebbs and flow in the gold rate, especially after the enactment of Goods and Service Tax (GST) in India. Along with international trends, the advent of GST has also reflected on the gold rate in Varanasi as well.

The Central Bank is the one that regulates the financial and banking services of the country and also carries out the government’s issuing of currency and various other monetary policies.

Gold as an Investment in Varanasi

Many stores are present in Varanasi, where you could find genuine gold jewellery to purchase. However, before purchasing gold in today’s world, an individual has to do some research; it could be done by checking websites online or the newspapers for recent updates on gold rates. These gold rates keep varying on a day to day basis. Hence it is imperative to check them every day before deciding on purchasing.

If you have chosen a place and bought the jewellery, make sure that you get a purity certificate for the gold that you have bought. This is to double-check if the money that you have invested is worth it.

How Can You Make Gold Investments in Varanasi

There are a number of ways in which one can invest in gold. It can be done in the form of gold coins or jewellery. The below-mentioned factors are some of the investment opportunities:

Gold Schemes To Invest in Varanasi

The whole purpose of schemes is for saving gold which could be used by many who want to be saving money for life’s other expenses. Plenty of schemes available in the market in Varanasi that would help you to purchase gold.

There are plenty of discounts on the making charges that are existent when purchasing gold. However, there is never gold that is bought with completely no making charges paid.

Things to Consider Before Buying Gold Jewellery in Varanasi

The gold rate in Varanasi are influenced by many factors, so when you buy gold, make sure it fits in all of the categories mentioned below.

The factors that influence the gold rate in Varanasi are:

KDM and Hallmarked Gold in Varanasi

Hallmark – is defined as jewellery that comes with a certificate of quality of the internationally set standards of purity set by the Bureau of Indian Standards.

KDM – is an alloy that is formed by mixing 92% of gold with 8% of cadmium. There are two metals that are gold and solder material which has different melting points, which is why cadmium is added to the mixture and is therefore called KDM.

One of the most asked question and one of the most unanswered question as well. To purchase gold, an individual first has to do basic research on the global trend and the rates of 916 gold available in Varanasi. The gold rates are also affected by the USD against other currencies, other currency fluctuations, etc.

In India, 22 carats is called 916 gold. One of high purity comes with a quality certificate and is considered to be one of the best quality. The gold rate in Varanasi is majorly affected by the rate of import duty. The lower the import duty, the higher the rate of gold being sold in Varanasi and vice-versa. The gold rates would also suddenly decrease if the government charges a lesser import tariff. 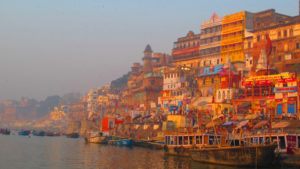 People who are planning on investing money in purchasing gold should thoroughly check all the options. It would be better if they first check online about the various gold shops and rates and even the newspaper for the latest trend in rates.

There are various shops to sell gold all around Varanasi and in most parts of the city. Although this metal could be bought from any place, the current place having the best rates.

Buying a Gold Loan in Varanasi

Availing of a gold loan is a simple process, provided you have the required gold as well as the documents. And you have to make sure you are in a position to give reassurance to the gold insurers.

There needs to be consistency with the way you pay your interest amount on a monthly basis. If not, then the gold loan lenders have all the rights to take complete ownership of your gold and do whatever they want with it, which mostly includes auctioning it for a higher amount.

Gold loans are typically availed for a tenure of 11 months, but there are other banks that offer different and even longer loan tenures. But, the maximum loan tenure for a gold loan as of now is 36 months which is exactly 3 years.

In two different operations that took place in Lucknow and Varanasi, the customs officers were able to seize gold worth Rs. 15.80 lakhs, alone. In Varanasi, the passenger was caught with 167.45 grams of gold that would easily be worth around 8.03 lakhs, along with an iPhone and a green tea pack with the value of 1.04 lakhs alone.

The customs authorities in the Varanasi airport had seized gold of the weight of 333.65 grams and an iPhone from a woman passenger who was returning from Sharjah. The airport authorities had recovered gold that was worth Rs 16,71,631 and an iPhone valued at Rs 74,210, which made a total recovery of over Rs 17 lakh.

“A new modus operandi was adopted wherein the gold patar (foil) were concealed inside the bottom part of the steel flask, and the inner walls of Deo bottle 136 pieces of small nickel-coated gold rings were also used between each pair of beads in a chain apart from gold Payal coated with grey metal, gold bangles, and earring,” the customs department said in a statement.

✅ What is the gold rate in Varanasi for 916 hallmark gold?

✅ What is the price of 1 gram of gold in Varanasi today?

✅ How is today’s gold rate in Varanasi 916 determined?

Varanasi is a city in Uttar Pradesh, which is also regarded as the spiritual capital of India, where the Hindu pilgrims bathe in the River Ganges’s sacred water and perform several rituals and funeral rites. The city has roughly around 2,000 temples, including the Kashi Vishwanath and the famous Golden Temple.