What is Kapila Kalam Program? 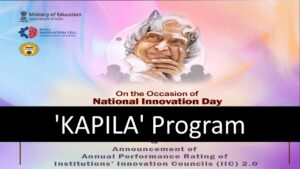 The Minister stated that not only is it essential to innovate for the country’s self-sufficiency, but it is also necessary to patent the inventions. He believes that patenting inventions will lead to India’s self-sufficiency. We already have intellectual property inherited inside our culture because of India’s great Nalanda and Takshila Universities heritage. In the realm of patents, he continued, India must once again dominate the world as Vishwaguru.

According to the Minister, we must operate in a mission mode since we have a lot of resources in the field of IP that needs to be used. He urged the country’s young to move on with their inventions. He stated that the government has enough skill; now, we must mix it into patents. We will assist schools and universities in encouraging more students to submit patents. The Minister urged Indian students to remain in the nation and continue their studies. He encourages students to stay in India to display their talents in the twenty-first century’s “New India.” 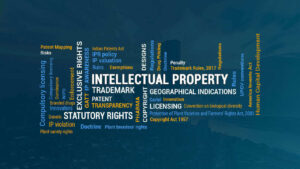 The government will promote awareness about the necessity of patenting an innovation through educational initiatives as part of the KAPILA Kalam Program, which aims to bring India self-reliance.

Its goal is to use the tools available in intellectual property to help people move forward with their innovations and turn them into patents.

✅What exactly is the Kapila scheme?

✅Who started the Kapila Kalam initiative?

✅What exactly is the Kalam programme?

From the 15th to October 23 2020, the Ministry of Education’s Innovation Cell hosted a 9-day programme called ‘KAPILA: Kalam Program for IP Literacy and Awareness’ to raise awareness about the importance of IP filing, as well as the mechanisms and methodologies of IP filing in India and around the world, primarily among students and faculty members of higher education institutions.