Sovereign Gold Bond Scheme was introduced by the Indian Government in the year 2015 under the Gold Monetization Scheme. Every month from October 2019 to March 2020, gold bonds are issued. The issues under this scheme are offered in tranches by the Reserve Bank of India with the consultation of the Government of India.

In Sovereign Gold Bond Scheme, the gold bonds will be denominated in multiples of a gram of gold. The minimum unit is 1 gram, and the rate of interest for the gold bonds will be around 2.50% per annum. It is payable semi-annually on the nominal value. The tenure of this bond will be for a time period of 8 years. An exit option is also provided under this scheme in the 5th, 6th, and 7th years on the dates of payment of interest.

The maximum limit of gold, which a person can subscribe is 4 kg for a Hindu-Undivided Family and around 20 kg for trusts and other similar entities. Also, if the gold bonds are co-owned, the limit of the investment will be 4 kg, and it will be applied to the first applicant only.

These gold bonds will be issued as stocks under the Government Security Act, 2006, and the investors will also be given a Holding Certificate.

In India, gold is considered auspicious, and the demand for gold will not stop in the Indian market. This is because this precious metal is bought on auspicious occasions and is pious too. It is also given as a gift in weddings and rituals, and as an investment, gold is also beneficial because of its lower risk in the market. Most of the people in the country prefer to purchase gold in its physical form, and it can be bought under the Sovereign Gold Bond Scheme, which is offered by the Reserve Bank of India and the Indian Government. 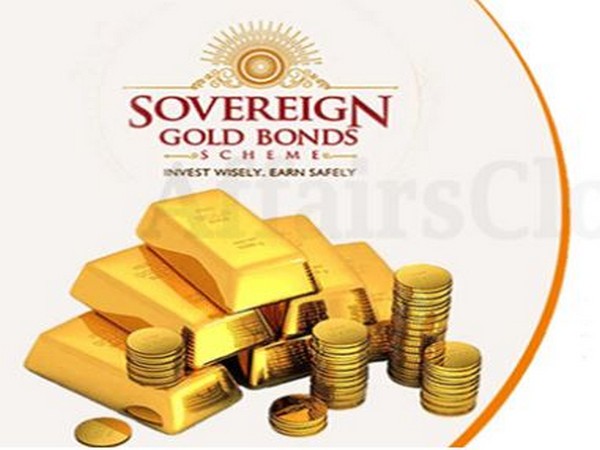 What Is Sovereign Gold Bond?

In simple words, SGB fall under the category of Debt Funds. It was introduced as an alternative to purchasing gold metal by the Indian Government in November 2015. These bonds are like the securities of government and are denominated in grams. The investors need to pay the price issued in cash, and on maturity, the bonds will be redeemed in cash.

These bonds are great investments as these are secured due to less susceptibility towards fluctuations and risks in the market. Also, as these bonds are issued by the Indian Government, a time period is also decided and is set beforehand for better working. The gold bonds will be issued under the name of investors in tranches during the investment.

The issuance of the bonds is mainly announced through a press release from the Indian Government every two to three months with a window of one week in which different investors can subscribe to these schemes. These bonds also have a maturity period of 8 years, and an investor can also exit after the completion of 5 years.

What Are The Eligibility Criteria of the Sovereign Gold Bond Scheme?

People who are willing to participate in Sovereign Gold Bond Scheme must satisfy the eligibility criteria mentioned below:

What Are The Features Of the Sovereign Gold Bond Scheme?

Sovereign Gold Bonds are considered as an investment avenue due to the features mentioned below:

✅ How do I pay for these bonds?

You can pay via different payment options such as draft, cash, cheques, or electronic fund transfer.

✅ Can Sovereign Gold Bonds be traded?

Yes, these bonds are tradable on stock exchanges as per the notifications of the Reserve Bank of India.

✅  Is a minor eligible for this scheme?

Yes, a minor is also eligible for this scheme under the supervision of his parents or guardians.

✅Is any tax deducted in SGBs?

No, no tax is deducted at the source.