What is UJALA Yojna?

The UJALA Yojna was launched by the Prime Minister of India, Narendra Modi on 1st May 2015 under the Indian Government. This scheme was established with the replacement of the Bachat Lamp Yojana. It is a joint initiative by the Public sector of the Indian Government, EESL (Energy Efficiency Services Limited) under the Union Ministery of Power and Electricity Distribution Company.

The full form of UJALA is Unnat Jyoti by Affordable LEDs for All. 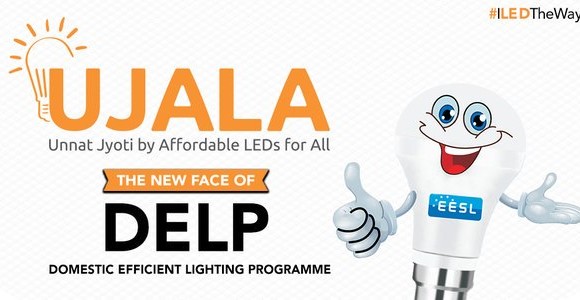 What Are The Main Objectives Of The UJALA Yojana?

The following are the main objectives of the UJALA Yojana:

What Is The Implementation of the UJALA Yojana?

The implementation of the UJALA Yojana was done successfully in terms of risk factors and investments as well. It was implemented as a joint contribution of DISCOM and EESL. Following are some of the outputs that were put forward under this scheme:

What Are The Documents Required To Get The LED Bulbs Under UJALA Yojana?

The following documents are required if you need to get the LED Bulbs:

Why LED Bulbs Are Selected Under The UJALA Yojana?

The UJALA Yojana focuses on distributing the LED bulbs as the LEDs (Light Emitting Diode) provide better light output and consume only one-tenth of the energy as compared to any other normal or ordinary bulb. The scheme also aims to distribute 20W LED tube lights to the customers which are 50% more

When was the UJALA Yojana launched?

Under which Government Ministry, this scheme was launched?

This scheme was launched under the Ministry of Power.

How is the LED bulb described under this scheme?

The LED bulb is defined as ‘Prakash Path’ which means the way to light.