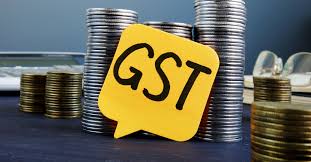 In recent times, the First Discussion Paper on GST by the Empowered Committee of State Finance Ministers (“Committee”) released in India (“discussion paper”).

This discussion paper is the outcome of three years of discussions between policymakers of the Central Government and State Governments to herald the Indian financial system into an integrated common market with free movement of goods and services across the length and breadth of India.

At present, because of the different central and state duties on the goods and services, the Indian market is fragmented. It is anticipated that subsuming all indirect taxes and duties under a single tax system will form a splendid common market with little distortions due to local issues.

It was anticipated that the Committee will come out with a “White Paper” outlining the better details of the projected Goods & Services Tax (“GST”) system, but sadly, it has come out with a discussion paper prefixed with “First”, signifying that second, third and a lot of other such papers are yet to come. 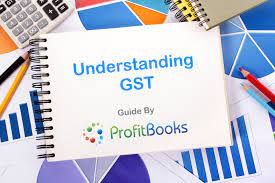 Prior to going into fundamentals of the proposed system, it will be helpful to, briefly know the present system of indirect tax. The Central and State Governments derive authorities from the Constitution of India to impose a tax on different financial activities. Centre is inter alia authorized to impose a tax on services and manufacture of goods (excluding alcoholic beverages) while states are inter alia authorized to impose taxes on the sale of goods.

Service tax and CENVAT are imposed on a pan-India basis and an input tax credit of CENVAT and service tax utilized in such activities are allowable for set-off against output CENVAT/service tax. Cross-utilization of the credit of central imposes between CENVAT and service tax is also allowable under the CENVAT Credit Rules. During the former sales tax system/regime, sales tax on trade of goods was used to be imposed either on the first sale or on the last sale exclusive of any set off for taxes paid previously.

The sales tax regime was replaced in 2005 with the VAT system, which permitted setting off input tax against VAT against the output VAT liability, thus, eradicating the gush effect of taxes on VAT. Central Sales Taxes imposed by states on the inter-state transaction was assumed to be phased out in the VAT system itself.

There is a slight cascading of taxes in the current system as a base for VAT is the value that includes CENVAT. Further, cross-utilization of credit of Central and State duties is not allowed resulting in assured cascading effect to the service provider as their transaction is not focused on VAT.

It was usually expected that subsuming of different indirect taxes presently imposed by the Central and State Governments under the GST system will overall reduce the cascading outcome of the tax. The discussion paper has a projected dual-rate arrangement, consisting of Central GST (CGST) and State GST (SGST). It is projected that CGST and SGST are to be treated independently and thus, taxes paid against the CGST will be permissible to be taken as an input tax credit (ITC) for the CGST and could be utilized only against the payment of CGST. The same rule will be valid for the SGST.

A taxpayer would have to maintain separate information facts in books of account for use or repayment of ITC. It has been firmly stated that cross employment of ITC between CGST and SGST would not be permitted. In comparison with the current system, one will find that there is barely any modification except that the value base for tax has modified.

Credit and set off for central duties (now subsumed in CGST) and state duties are accessible even in the present system without the facility of cross-utilization. The cascading consequence of tax due to various value bases can be simply addressed in the present structure also. 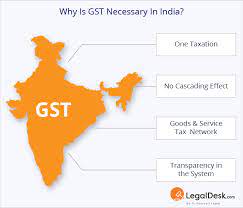 Indian economy is a vivacious and flourishing economy. The world is currently facing recession-II but the Indian economy is still rising against all conservative wisdom. It is anticipated that policymakers of the Central Government and State Government will utilize their conformist wisdom to tax supply of goods and services but desist from repacking the same old laws in the latest GST system.

Innovative ideas are necessary for the new order. The Indian public is hopeful for a single tax with multiple tax rates and flawless credit. The difference between CGST Vs SGST and Goods Vs Service should not be a force at the taxpayers’ door but must be utilized as an instrument to suitable revenue between the Centre and State Governments.