All About Income Tax Filling for Self-Employed Individuals 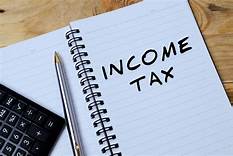 Who is a Self-Employed Person?

A self-employed is a person who works on his own terms and conditions, one who self owns a business and sells his or her services to different employers without having a long-term contract with any of them. Under the  Income Tax Act, 1961,  the government imposes a tax on the income of Self-employed person under the head “Profit and gain from Business or Profession”. In the act, self-employment is taken as a profession in which the individual is involved. Business in the Act has been defined as, “A kind of trading, commercialization, manufacturing or any adventure concerning the nature of trade, commerce or manufacture”. But the profession has not been defined in the Act. The profession also indulges with a mission as given in the Act. Thus an author, an auditor, a painter, a sculptor, a lawyer, a doctor, an architect, an astrologer comes under the broad category of a profession or Vocation.
Profit is calculated after deducting all losses and expenses incurred for earning the income in the regular course of business, profession or vocation. Professional Income handlers have to get their accounts audited by the  Chartered Accountant and submit tax audit reports if their total receipt is of  Rs. 50 lakhs or more for a single financial year.

In a normal tax filing procedure for a self-employed earner, they need to file the  Income Tax Return-4(ITR-4). They are allowed to claim all the surcharges which are sustained to earn revenue from their profession. These expenses are reducible subject to valid proof in the record. Under the speculative schemes, it is deemed to have been allowed for the deduction of all the expenses and depreciation charges to arrive at the profit from a profession.

The government has introduced a tentative taxation scheme for professional earners whose total receipts are less than Rs. 50 lakhs for a single financial year and businesses whose turnover is not more than a sum of Rs 2 crore. Under this scheme, they do not keep all such records, books of accounts, etc. The profit is assumed at 8 percent of total receipts for businesses and 50 percent of the total receipts of a  profession in a financial year and accordingly, they have to pay their  Income Tax as per Income tax rates which are applicable to them. A scheme is a basic option for them. If they do not follow the scheme, they have to get their account books audited by the Chartered Accountant and accordingly file the Income Tax return and pay the desired tax. Under the speculative scheme, assesses can claim tax-saving investments under section 80C, and medical insurance premium under section 80D. All the deductions to be made under section 80 of chapter VI A are allowed. The scheme applies only for an Indian resident who is an Individual from a  Hindu Undivided Family (HUF) or Partnership Firm.