New Delhi: The Indian youth is no 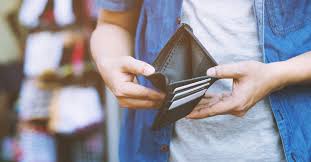 t sensible enough when the matter of tax planning and claiming refunds come according to the survey. They take this lightly or some of them are unaware of taxes due to a lack of knowledge.

The survey was conducted on online tax returns in that it is found that just 27 % of the youngsters claim tax while 53% of middle-aged(above 35 years) are savvy about returns.

The youth of our country is not aware of tax benefits and returns. they lack in kind of taxes and deductions. The average tax paid by 25-year-old taxpayers earning Rs 12-15 lakh annually is 12%.

“India Tax Report 2013” the title of the annual survey, reported that the ratio of the middle-aged citizens not claiming medical insurance deduction is the same as the young taxpayers.

As a responsible citizen of India, it’s their duty to learn about taxes that are present in our country.