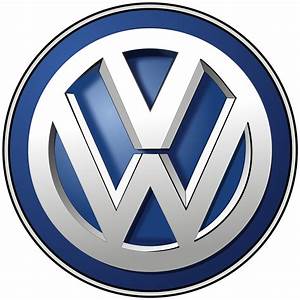 On the occasion of launching the new Vento, Volkswagen announced that it will unveil 5 new cars to thrill Indian roads in the next 2 years. The upcoming cars will be your traveling companion, and you can call them New Beetle, Passat, Tiguan SUV, and a sub-compact sedan. The company didn’t reveal the name of the fifth car, but it is expected to be a compact SUV having glimpses of Tiguan SUV.

The Volkswagen Beetle had failed in cherishing the Indian Market with its success and didn’t make any landmark in the auto market. To create new magic, Volkswagen is planning to launch the New Beetle for auto lovers. It can be launched anytime by the end of 2015. The Beetle will be more powerful with a 1.4-liter TSI petrol unit. The expected price of the car is around 25 lakhs.

Volkswagen had phased out this car last year after its poor performance in India. But now it is all set to launch a revived and refreshed Volkswagen Passat. Facing the roads on the globe, the new-generation Passat has a 79mm longer wheelbase and 2mm shorter in length. It is comfortable and spacious with 21-litres bigger boot space. It can have a 2.0-liter TDI diesel unit mated to a DSG gearbox.

Volkswagen has also announced the launch of the new Tiguan SUNV  with an expected debut at the 2016 Delhi Auto Expo. In India, the Tiguan SUV is likely to be a 7-seater version. The Volkswagen Tiguan may have the same 2.0-liter TDI diesel unit as the new-generation Volkswagen Passat. Other features of the car are not exposed by the company. An update can come later regarding the different features of the car.

The new Volkswagen sub-compact sedan will compete with the rivals Maruti Suzuki Swift Dzire, Hyundai Xcent, Honda Amaze, Tata Zest, and the upcoming Ford Figo Aspire. It is based on the Volkswagen Polo. Besides features, this car will also have its engine options the same as the Polo. It is expected to be unveiled at the 2916 Delhi Auto Expo show.

To tackle the market segment of compact SUVs in India, Volkswagen India is going to launch a Compact SUV very soon. This vehicle is still a mystery for all as the company has not revealed anything about it. It is expected that it will be inspired by the Tiguan concept. After making its debut, it will surely give a strong competition to Renault Duster, Hyundai Creta, Nissan Terrano, and Maruti Suzuki S-Cross.