A raise in P&K fertilisers subsidy to cost the government Rs. 15,000 crores

On Wednesday: (CCEA)The Cabinet committee on economic affairs sanctioned a 140% increase in the subsidy on diammonium phosphate (DAP) for the current Kharif season, a move that could inflate the fertiliser subsidy bill for the current fiscal by Rs 14,775 crore. The subsidy on DAP will rise to Rs 1,200/ bag or half the rate at which farmers buy the nutrient due to this decision. Farmers will get DAP at the same rate as during last summer crop season, insulated from the current price situation in the international markets.

The Budget allocation for a subsidy of P & K fertilisers for FY22 is Rs 20,720 crore compared to Rs 37,372 crore spent in FY21. The total fertiliser bill for the current financial year is at Rs 79,530 crore, against Rs 1.28 lakh crore, with urea being the most commonly used and the most subsidised fertiliser. 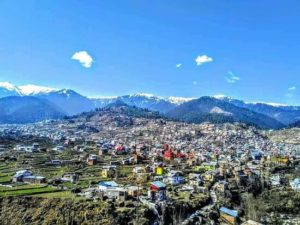 As prices of DAP and complex fertilisers are on a surge in the intentional market, some of the domestic fertiliser companies are pulling up the prices of these crop nutrients for the summer season. The move could have reduced the consumption of these fertilisers and affected crop production unless the Government intervened to soften the blow to the farming community.

“Considering this crisis of pricing of DAP in India, Gol has increased the subsidy rates under nutrient-based subsidy scheme as a special package for farmers in such a way that MRP of DAP and other P&K fertilisers can be kept at the last year’s level till the ongoing Kharif season,” On May 19, Government announced a high-level meeting chaired by prime minister had approved the new subsidy rates for DAP for the current Kharif season.

The prices of phosphoric acid, ammonia and other items used in DAP have gone up by 60-70% in the international market since late March. Therefore the price of finished DAP in the international market has also increased. Despite this surge, DAP prices in India were initially not increased by the companies, but some companies later increased the prices at the beginning of this financial year. The Government has asked all the fertiliser companies to sell their old stocks of DAP at the old prices only.

The CCEA approved the “Deep Ocean Mission” to explore the deep ocean for resources and develop deep-sea technologies for sustainable use of ocean resources. The estimated cost of the Mission will be around Rs 4,077 crore for five years. Additionally, the Cabinet has introduced the inland waterways Bill in Parliament to regulate and develop the sector.