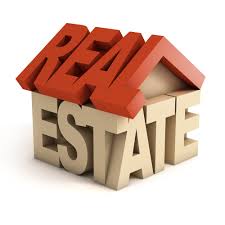 Real Estate:  Some of the Key Measures

Some of the main steps were revealed earlier this month by the Finance Minister’s Fund of 25,000 crores for real estate projects. Liquidity crunch The output of the real estate segment was muted due to the prevailing liquidity crunch when the Modi government came into power last year. Nevertheless, interest rate cuts, and emphasis on affordable housing, the Rs 25,000 crore stress asset fund for stalled projects, propelled the industry towards recovery.

Although during its first term in office, the Modi government initiated many structural reforms, such as the introduction of the RERA, GST, IBC, PMAY affordable housing scheme, it concentrated on liquidity boosting initiatives when it took over the office for the second time last year.

A Rs 30,000 crore special liquidity scheme for NBFCs/HFCs and MFIs has been announced which will ease the liquidity woes of stressed players. This will benefit the real estate sector significantly, given that NBFCs and HFCs are major lenders to it. The RBI this month for the second time since COVID-19 stuck slashed the repo rate by 40 basis points. The repo rate now stands at 4 percent and the reserve repo rate at 3.35 percent.