One of the major reasons for the credit growth in the banks to reach a 59-year low in FY21 is that the higher (AAA & AA+)- rated companies are now allowed to borrow cheaper from the markets than from the banks who have increased their loan pricing as 46 bps over the interest rate that corporate bonds commanded, even though the banks were slashing their MCLR by 90 bps during the year. 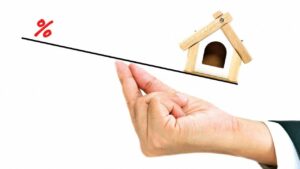 Based on the analysis of the corporate bond yield, the bank’s MCLRs and GSecs between January 2020 and March 2021 by Care Ratings, AAA-rated companies would be able to sell their debt at a much cheaper rate than the bank loans upto an extent of 46 bps, and AA+ papers by 33 bps over the MCLR or the marginal cost of funds-based lending rate and below which a bank is not permitted to lend. In comparison to the Gsecs, AAA and AA+ papers could command only 100 bps over the other benchmark gilts.

Even though the Reserve Bank leaves no stones unturned in terms of boosting credit demand in the time of the worst crisis year for the economy which was savaged by the pandemic, the credit demands from the banks had tumbled to a 59-year low at 5.56% in FY21.

All of this was done despite the massive credit-driven stimulus the government had attempted to move aside to help the tide over the impact of the pandemic. At a credit growth of 5.56% this had been the lowest recorded growth since FY1962 when it was at the 5.38% which SBI Research had stated last month.

The corporate bond spreads are known to be good indicators of how the cost borrowings for the corporates have moved relative for the government through the GSec issuance, which then has the advantage of security as they then represent the sovereign and would then have the best pricing there is.

The Chief Economist at Care Ratings, Madan Sabnavis, stated that the average difference between the spreads of  AAA and AA+ paper was around 33 bps before the pandemic and for FY21 it was 46 bps. In case of AA-paper, the difference was 63 bps before the pandemic and 78 bps in FY21. Although, from AA-downwards, there has been a difference that has risen beyond 100 bps in FY21. This clearly shows that the AA+ and AA rated corporates could borrow at just 100 bps higher than the 10-year GSecs.

The meaning of this is that even AA+ and AA rated corporates are allowed to borrow at less than 100 bps higher than the 10-years GSecs even in the year when the repo rates have been slashed by 145 bps and banks are reducing their MCLR by 90, he stated.

As the 1-year MCLR had come down by 5bps between January and March 202, after the RBI had measured and lowered the repo rate, the MCLR had reduced by around 90 bps at the end of the year. However, the MCLR had remained constant since December at 7.30%.

If this was the same for the AAA rated papers, then the rates would have come down by another 43 bps between January and March 2020 as the GSecs rates dipped by 36 bps. Consistently, they had come down by 30 bps by March and remained volatile as they reached a low of 6.40% in October 2020.

The standard deviation noted was around 30bps for the FY21 for MCLR and in the cases of GSecs the decline noted was exactly 3bps on a point-to-point basis, along with a standard deviation of 12bps. When we compare the bond rates/yield with the MCLR, AAA and AA+ rated paper continuously had a finer yield than the MCLR.