According to banking sources, an application for incorporation of the National Asset Reconstruction Company (NARCL) has been filed by Indian Banks Association (IBA). The application was filed with the Corporate Affairs Ministry with the aim to make the way for the swift operation of NARCL.

All Public Sector Banks (PSBs) except for Punjab and Sind Bank has also evinced their interest in picking up stakes in this so-called Bad Bank. 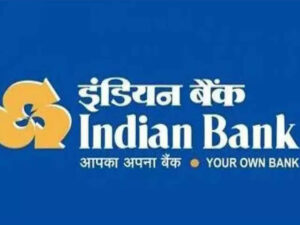 IBA is also in touch with REC to seek its contribution to equity, he added “The discussion with REC has been moving towards a positive outcome”. No private bank has agreed to put in the capital yet, but the talks are still on.

Canara Bank has already announced to be the sponsor for NARCL holding equity of 12%, most of the other large banks are expected to pick up around 10% each. SS Mallikarjun Rao, MD of PNB has announced that his bank would be held under 10% in the bad bank. While Union Bank of India MD and CEO and IBA chairman Rajkiran Rao G said it would be 9% for their bank. UBI and PNB have identified bad loans worth 7,800 crores and 8000 crores respectively, for transfer to NARCL.

As the source informed, the finance ministry could seek cabinet approval soon for a plan to offer sovereign guarantee on the security receipts (SRs) which is issued by NARCL while acquiring the bad loans from the lenders. This would cost the government about 30,600 crores over a span of five years.

The government has backed the setting up of NARCL but still, it wouldn’t infuse capital into it, instead, the equity would be provided by participating banks. Nevertheless, it will still provide a guarantee on the SRs to make the bad loan resolution more attractive and approachable.

In order to work out on the toxic assets and take decisions on them, an asset management company of professionals will be set up within the NARCL structure.

Debashish Panda, the Financial services secretary has said earlier that banks would have the option to transfer several large stressed assets worth Rs 2.25 lakh crore initially to NARCL. An exit strategy has been worked out for the accounts that are unresolved even after a period of 5years.

Of the initially reviewed NPAs, banks have zeroed in on 22 accounts amounting to roughly Eighty-Nine Thousand Crore for transfer to NARCL in the first phase.

Stressed assets could be acquired by NARCL at net book value offering 15% in cash while resting in SRs. Once the loan is resolved, the realization for the relevant banks would be in sync with its SR interest in the asset.