Assam government considers a ‘two-child policy’ for its benefits

Today Assam Chief Minister Himanata Biswa Sarma said that the state would consider population norms and select government beneficiaries, whether it’s loan waiver or any other government schemes. He made an exception saying that the rule will be applicable for others except for tea garden workers and the SC-ST community. “In future, population norms will be considered as eligibility criteria for government benefits. Population policy has begun,” said the current CM of Assam.

“We will incorporate a two-child policy for availing government benefits step by step. This can be considered as an announcement,” said CM Sarma on 18th June. 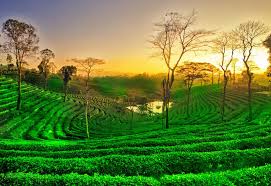 However, the proposed population control policy will not be applicable in all the schemes as many of the benefits offered in the state is under the control of the central government. “There are several schemes in the state where two-child policy cannot be imposed, like getting free admission in schools and colleges or houses under the Pradhan Mantri Awaas Yojana,” said the CM of Assam.

“This policy of Assam is not only unconstitutional but anti-secular and discriminatory,” said the Indian Union Muslim League National President K Kader Mohideen.

Himanta Biswa Sarma is encouraging the minority community in the state to adopt a decent family planning policy for population control to reduce poverty. He also included that unplanned population growth leads to shrinking of living space and consequent land encroachment.

Assam currently has a two-child norm and requirements of minimum educational qualifications and functional sanitary toilets to present in panchayat polls as per an amendment in 2018 to the Assam Panchayat Act, 1994.