Assam Chief minister Himanta Biswa Sarma came up with the assurance of granting poor people support for one-time repayment of loans taken by them adhering to Microfinance schemes.

As CIBIL score is a major component for availing loans and an obligation for further loan requirements in the future, the government’s refusal of waiving full loans turns out to be the decision. Microfinance loans taken up by women will waive off, as said by BJP before the assembly elections in Assam state this year. 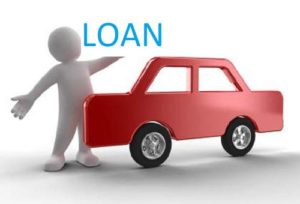 Microfinance institutions proclaim an amount of more than Rs 12500 Cr as a total loan outstanding during a conversation with the government officials. Mr Sarma told reporters in Guwahati today that banks do according to Microfinance Institutions Network (MFIN) standards. Banks do A reduction up to ceiling amount of loan amounts over 1.25 lakhs and,” he added, combining that the total outstanding loan currently stands at 8,250 crores.

Only loans taken out by the poor would be forgiven, according to the Chief Minister. He claimed they split the applicants into three groups: timely payers, those who stopped paying once the BJP took power and pledged to forgive the debts, and defaulters. Mr Sarma stated that the classification was done with the CIBIL score in mind.

“If the government completely waives the liabilities, the loans would become non-performing assets, affecting the loanees’ CIBIL scores and prohibiting them from applying for new loans. As a result, the government is providing financial help without waiving the loans, “he stated.

While all debts will be reduced to Rs. 1.25 lakh, prompt payees will have a substantial sum credited to their accounts in proportion to the amount they have yet to pay, according to the Chief Minister. Those whose payments are past due will receive an amount besides the one-time relief, he said.

According to the Chief Minister, out of the 22 lakh, women in Assam who have taken out microfinance loans, about five lakhs have made timely repayments. He promised that MFIN guidelines will be followed while disbursing loans and that no agents would harass women who applied for loans.