The price of the Dominar 250 bike to be ₹1,54,176 from ₹16,800, said Bajaj Auto on Tuesday. They also added to their statement that the newly announced prices are expected to bring growth to the franchise by encouraging customers to take steps towards the world of touring. 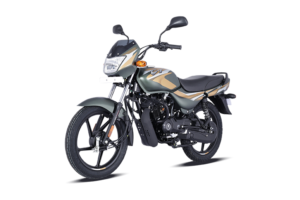 The Pube-based company’s Dominar 250 comes with an attractive 248.8 cc petrol engine. Bajaj Auto President Sarang Kanade noted, “We, at Bajaj Auto, believe that touring on a bike opens the doors to a world of ‘real’ experiences that widens your perspective and shapes one’s character. We realise that biking for youngsters can be so much more than just street fun if the bike comes with the right dose of performance, sharp design and a superior riding experience.”

He also added that recently there has been a hike across the industry, but the company has taken steps to reduce the price of Dominar 250 to make sports touring increasingly accessible. In India, in March 2020, Bajaj had launched Dominar 250 with the sole mission of expanding the rapid growth in the touring motorcycles segment. Its elder sibling, Dominar 400, launched in December 2016, has captured the market across five continents.