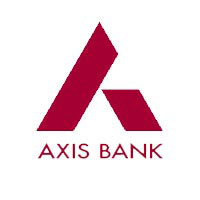 Axis Bank offers a 5.40 percent interest rate on long-term deposits maturing in two to five years. Deposits with a maturity period of 5 to 10 years will earn you 5.75 percent interest.

With effect from March 18, these Axis Bank FD interest rates (below 2 crores) for the general public will be followed:

On certain maturities, Axis Bank gives senior citizens a higher rate. On deposits maturing in 7 days to 10 years, senior citizens will receive interest rates ranging from 2.5 percent to 6.50 percent. The private lender announced in January that all new retail term deposits booked on or after 15 December 2020 for a tenure of two years or more would no longer be subject to a penalty if they were prematurely closed.

The goal of this customer-friendly feature, according to the bank, was to instill and inspire retail customers to save for the long term rather than worrying about a sudden need for liquidity. All new fixed deposits and recurring deposits will be eligible for the new feature. If the entire deposit is prematurely withdrawn after 15 months of booking for new deposits with a tenure of more than 2 years, there will be no penalty.