The climb in retail loans and a minor uptick in corporate borrowings hiked up the bank’s credit growth slightly by the fortnight ending on December 18, though the deposit growth stood the same as mentioned by the CARE Ratings in a report. Nevertheless, as distinguished to a period past a year ago. The credit growth remained low, indicating suppressed demand and chances of fear in the banking system, primarily towards the corporate sector. The credit growth confirmed year-to-year basis worked out to be 7.1%. As per the CARE report, the growth in terms of the credit by the banks during the reporting fortnight is ending by December 18, 2020. It is being promoted by disbursements under a scheme, Emergency Credit Line Guarantee. It has been decided to extend it further till March 31, 2020.

The report said the bank credit growth increased hardly at all compared to the previous fortnight which can be clarified to an upgrade in the retail loans along with a slight uptick in corporate loans. As per the value terms, the deposits of the banks have shown a decline as compared to its previous fortnight and with a decrease by around ₹1 lakh crore. There is an identical trend that has been observed in the recent few years wherein the value of the deposits has indicated a decline during the last fortnight of December,” the report mentioned.

Further, as of December 18, 2020, the liquidity excess with the banking system sat at ₹4.6 lakh crore, and the liquidity surplus can be clarified to outpace the deposit growth outpacing credit growth continuously as mentioned by CARE Ratings in their report. The report further said the credit to deposit ratio slightly increased over the foregoing fortnight but continued to remain low against March 2020 and during last year’s level, owing to the stagnant growth in credit. 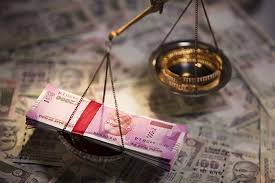