According to two people familiar with the situation, the Reserve Bank of India (RBI) has declined Yes Bank Ltd’s proposal to set up an asset rehabilitation company (ARC) to warehouse bad loans, citing a conflict of interest. 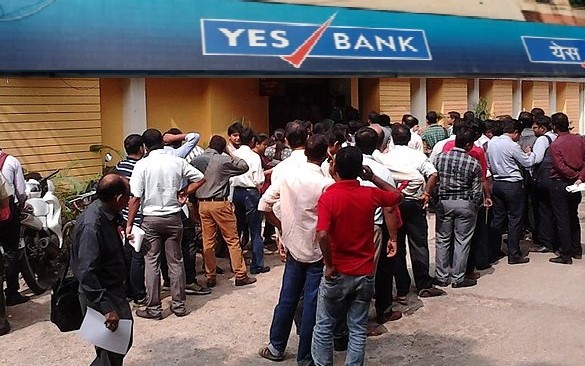 Yes Bank applied for permission to launch the ARC in September and planned to launch it within six months of receiving approval. Prashant Kumar, the bank’s managing director, and chief executive told Reuters on February 10 that the bank planned to move approximately 50,000 crores in bad loans to the ARC. The ARC had piqued the imagination of many international investors. The bank hoped to inject a total of 1,000 crores into the ARC, with international buyers contributing a total of 2,500 crores.

“Some of Yes Bank’s largest strained loans, such as those from Essel, Videocon, Housing Construction and Infrastructure Ltd, and Dewan Housing Finance Corp. Ltd has been deemed cases of fraud and hence cannot be moved to the proposed ARC. As a result, it would not have been very successful in addressing the bank’s current condition,” said the second individual mentioned earlier.

Transferring sour loans to a specialist entity would have strengthened the balance sheet and opened the way for a faster settlement of defaulted debts.

A spokesperson for Yes Bank declined to comment on the matter. The Reserve Bank of India has refused to comment.

Yes Bank announced that bad loans accounted for 15.36% of total assets as of December 31. The total non-performing assets (NPA) ratio would have been 20% without the Supreme Court’s asset classification hold. The lender has also started a debt recast for loans totaling 8,062 crores as of December 31, but it has yet to enforce it. Banks have three months to introduce retail recasts and six months to implement corporate loan recasts, according to the RBI.

According to Suresh Ganapathy of Macquarie Capital, there will be a significant rise in stress in the next two quarters because the bank has strong exposure to the real estate and hotel industries, where defaults are possible. “The management made it known that they must make arrangements in advance. “In the worst-case situation, after correcting for covid provisions and recoveries anticipated in the next six months, the tier 1 capital ratio is unlikely to fall below 12 percent by the end of March 2021 from current levels of 13.4%,” he said.

“We believe the transition of NPAs to a separate ARC (similar to IDBI’s stressed assets stabilization fund (SASF) in 2003) is likely window dressing standalone bank balance sheet, but we need to see the degree of hair-cuts, ARC composition, and recovery record in the ARC, which is not inspiring in the case of IDBI SASF,” Emkay Research said in a January paper.