The additional chief magistrate in metropolitan at the Esplanade court in the city was denied bail pleas submitted by the brothers, both Kapil and Dheeraj Wadhawan, promoters of Dewan Housing Finance Ltd, for the multi-crore fraud case at the Yes Bank, filed by the CBI. Before last year, the justice of Bombay high court Sarang Kotwal had simply dismissed their plea for ‘default bail’ in the trial and had held that the CBI had documented the charge sheet properly and also by the deadline and hence, the right to default bail could never accrue in approval of the Wadhawan brothers. In the response against their claim that it was termed unlawful to file the charge sheet before the registry was done by the court as the High court confirmed it was not.

The charge sheet against the Wadhawan brothers and Kapoor family states that Yes Bank bought debentures of the nonconvertible nature (NCDs) of DHFL for the number of Rs 3,700 crore between April and June of the year 2018. It is said that DHFL originally gave DoIT a loan of Rs 300 crore and then an additional loan of Rs 300 crore to UrbanVentures (India) Pvt Ltd and both were paid back by requesting and disbursing a new loan for the amount of Rs 600 crore.

The charge sheet accordingly said that a loan of Rs 750 crore was permitted by the bank to Belief Realtors and that transferred some of this money through several companies and used it to settle the loan of DHFL. The bail plea by the Wadhawans was denied by confirming that there was not a single testimony against any confusion or intent over the allotment of the NCD and hence there was no case of cheating being made out. There is no case made out for “misappropriation of any property” and could not have imposed any violation of the trust of their property. 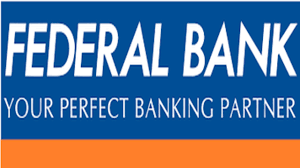 Credit cards of Federal bank will be launched soon

Auto-debit bounces ease in March, but stay above pre-Covid levels 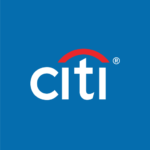 Citibank to exit consumer Banking biz in India, to focus on institutional segment