Bank Of Baroda has announced a net loss of Rs 1,047 crore

The domestic net interest margin of the lender has declined 23 (bps) basic points quarter on quarter and 3 (bps) year over year to 2.73%. On Saturday, the third-largest public sector lender, Bank Of Baroda, reported a net loss of Rs 1,047 crore in the March quarter (Q4FY21) due to a one-time hit of Rs 3,837 crore taken by the lender because of deferred tax asset (DTA) reversal. Without the (DTA), Bank Of Baroda would have reported a profit of Rs 2,267 crore after tax in the March quarter, compared to Rs 507 crore net profit. The profit before tax (PBT) of the lender remained at Rs 2,680 crore for the March quarter, compared to deprivation of Rs 1,723 crore in March last year.

Bank Of Baroda’s operating profit has increased 27% (YOY) and 12% sequentially to Rs 5,591 crore. The bottom line got support from lower provisioning for stressed assets. Total provisions other than tax and contingencies declined 46% y-o-y to Rs 3,586 crore but increased 4% sequentially. Overall, the net profit for the whole financial year increased by 52% to Rs 829 crore, compared to Rs 546 crore in the Financial year 2020. 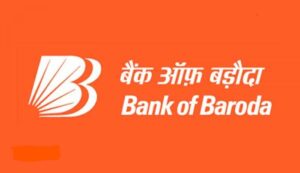 According to the Sanjiv Chadha MD and CEO of Bank Of Baroda, there would be some stress on micro, small and medium enterprises (MSME), but it will be addressed by the restructuring window given by the regulator. He acknowledged that the second Covid wave has further added to uncertainties, and its impact will depend on various regulatory measures.

Bank Of Baroda’s (NII) Net interest income increased 5% (y-o-y) to Rs 7,107 crore, lowering 8% sequentially on account of the waiver of compound interest in moratorium accounts. Last year, (RBI) The Reserve Bank Of India had announced a six-month moratorium for all term-loan borrowers in the stir of Covid impact on borrowers. The Supreme Court had directed all the lenders to waive a compound interest of the borrowers during the moratorium period. The domestic (NIM) of the Bank declined 23 (bps) basis points quarter-on-quarter and three bps Year over year to 2.73%.

The asset quality improved during the quarter of March. The Gross (NPAs) non-performing assets ratio of Bank Of Baroda improved 76 bps to 8.87%, compared to reported gross NPAs of 9.63% in the previous quarter and the net NPAs ratio improved 27 bps to 3.09% from 3.36% in the December quarter. They reported NPAs on a proforma basis during the December quarter due to a halt order from the apex court on declaring NPAs.

The deposit has increased 2% YoY and 1% QoQ to 9.67 lakh crore. Domestic current account savings account (CASA) has grown to 16% to Rs 3.68 lakh crore. The capital adequacy ratio remaining at 14.99 %, with the CET1 ratio at the end of March. The Bank is currently planning on raising additional capital of Rs 5,000 crore

The lender declared, “The board has approved with the decision of raising additional capital to 5,000 crores by comprising Rs 2,000 crore of common equity capital by various modes including (QIP), in suitable level and Rs 3000 Crore by additional tier 1/tier 2 capital instruments,”