Whenever a decision is made, it always has two sides. One side could be positive for someone, and the other could be negative for the others. The same has happened with the new ‘interest on interest’ waiver, which is under review in the Supreme Court. 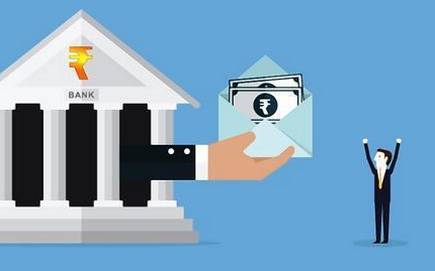 Banks are not satisfied with the waiver announced by the government.

In this economic crisis, we cannot predict what next is going to happen, and this is the worst part. When the banks were not able to cover their losses in their balance sheets, they decided to restructure their loans. This partially benefited the general public but was also difficult for the banks to restructure their loan portfolios. Under the RBI”s regulatory package, the banks provided moratorium and agreed on coming up with resolution plans for the borrowers.

Then the central government decided to file an affidavit which included to cut off the ‘interest on interest’ incurred during the lockdown period under the COVID-19 support plan. It came as a knight in shining armour for the borrowers as it would reduce a high amount of financial stress. The banks say that this would add to the work for the lenders and will not be beneficial for the economy considering the current state of the same.

Well, this wasn’t well-received by the banks as this waiver would increase the pressure of recovering their losses in their balance sheets and bring extra litigation work The government claimed that they would claim all the cost which is almost 1 billion dollars but for Indian lenders, who have bad debts of around 120 billion dollars, this might put a strain on their balance sheets.

The government banks will support this affidavit, but the private banks which have their calculations will be in a great loss. The bank is claiming that the government can help people by giving subsidies, waiver, and by restructuring the loan portfolios. Many bankers say that when any natural calamity takes place, the person who is capable enough to pay loans will not do that as the government would step in to help them.

We can only make everyone agree for such rules if the borrowers help the pillars of the nation that are the core institutions of government by paying back the loans within a good amount of time to their respective financial institutions with a nominal rate of interest, which will help them to cover their losses in their balance sheets.