The government has reiterated they have sanctioned Rs 2.54 lakh crore of the Rs 3 lakh crore Emergency Credit Line Guarantee Scheme (ECLGS) on Sunday. Furthermore, they have decided to disburse another Rs 45,000 crore under the plan. This has broadened the scope of the banks.

On Sunday, the Finance Ministry enhanced the scope of ECLGS and shall provide concessional loans to hospitals/nursing homes for setting up on-site oxygen generation plants. This was done to lend a helping hand to the businesses affected after the second wave of COVID 19. 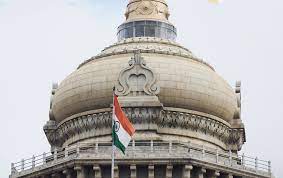 The ministry, in a statement, said, “The time limit of this scheme has been extended by three months to September 30 or till guarantees for an amount of Rs 3 lakh crore are lent.”

Of the entire amount (for ECLGS) to be disbursed, Rs 2.54 lakh crore of loans have already been covered, and there is space available for roughly Rs 45,000 crore of the additional amount. Of the Rs 2.54 lakh crore, Rs 2.40 lakh crore has already been expended, Indian Banks’ Association Chief Executive Officer (CEO) Sunil Mehta told media after the ministry’s official announcement.

Under the ECLGS 4.0, a 100 per cent assurance cover to loans up to Rs 2 crore will be provided to hospitals, nursing homes, clinics, and medical colleges to set up on-site oxygen generation plants. These loans will have an interest rate of 7.5%.

This new scheme is said to give additional ECLGS assistance of up to 10 per cent of the total as of February 29, 2020, to debtors covered under ECLGS 1.0, in par with the restructuring, noted the RBI guidelines on May 5, 2021.

Under ECLGS 3.0, the government has also pulled out the current cap of Rs 500 crore of loan outstanding for eligibility, subject to maximum additional ECLGS assistance to each borrower is limited to 40 per cent or Rs 200 crore, whichever is lower.

Under ECLGS 3.0, loans will be offered to the civil aviation sector. After the resurgence of COVID 2.0, there has been a lot of disruption of economic activity.

On the issue of the size of the restructuring pool banks that are expected this time, Rajkiran Rai G, the IBA Chairman and Union Bank of India s Managing Director and Chief Executive Officer, announced that it was too early to put a number for potential recasts, as banks are only targetting messages to eligible borrowers.

State Bank of India’s Chairman, Dinesh Khara, said that the most vulnerable among them, MSMEs, need support, which has been offered in various forms, especially in the May 5 circular of the Reserve Bank of India. Now, the government today announced the modification to the ECGL scheme, which is a relief. Khara further mentioned that his bank would build a book size of about Rs 2,000 crore.

For the resolution framework 2.0, as announced by the RBI on May 5, all public sector banks have come out with a well-designed templated approach for restructuring loans to people, small businesses, MSMEs up to Rs 25 crore. This was to lessen the hardships of implementation to those who are involved in the resolution framework, Khara added.

During the previous restructuring scheme, Khara said that about 8.5 lakh SME customers were eligible for restructuring, but only 60,000 borrowers could benefit.

As per our previous experience, the number of customers opting for this (restructuring) was moderate. So, we need some feedback, and it is difficult to have a definite number this early, Rai added.