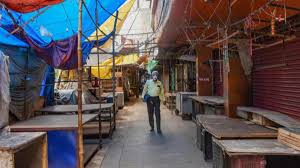 The lockdown has brought economic business activity to a crunching halt, CII said on Sunday, citing findings from its CEOs survey, which showed that 65 per cent of the firms expect revenues to fall more than 40 per cent in April-June quarter.

The survey results showed that the country may experience a prolonged slowdown in economic activity, as 45 per cent of the CEOs polled feel it will take over a year to achieve economic business as usual once the lockdown ends.

The snap poll saw the participation of more than 300 CEOs, of which nearly two-thirds belonged to MSMEs

On the career and subsistence front, more than half of the firms foresee job losses in their respective sectors after the lockdown. A significant share of respondents (45 per cent) expect a 15 per cent to 30 per cent cut in jobs. However, take the edge of some concerns, nearly two-thirds of the respondents reported that they have not experienced a salary/ wage cut in their firms so far.