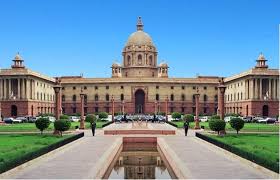 7th August 2013 Delhi: Finance ministry to announce major package next week as part of all the effort to slash the growing current account deficit(CAD) which has lead to the weakening of the economy and free fall of the rupee. Finance ministry official on Tuesday said that the war on the CAD package, which compromises the combination of import compression, foreign capital flow management, and long-term borrowing is being given the final touching.

There is a lot of pressure to slash CAD because of the major decline in exports and the outflow of foreign capital. Finance minister P. Chidambaram said that the government will attract funds from NRI’s and lower down on the import of non-essential items such as electronics.

The finance ministry is also banking on RBI easing interest rates and bringing more money into the system to revive the economy once the rupee stabilizes. RBI may have to continue its strategy of rupee liquidity in the market as previous measures taken so far have failed to bring any good results.