Under rule 10 of the Implementation of the NPS Rules, 2021, the Central Government Employees who are covered by the National Pension System now have the option to choose the benefits that they receive either from the old pension scheme or the accumulated pension corpus under the NPS if they die during the service. But, the family of the deceased Government employee is not allowed to exercise this option.

If the Central Government Employee does not choose between either of the two options, then by default, he/she would only get the old pension scheme for the first 15 years of service. The default option would benefit the NPS. 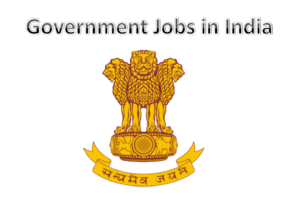 Now, the default option of the old pension scheme is existent till March 2024 only if the Government Employee has completed 15 years of service. The Implementation of NPS Rules, 2021, have been notified through a Gazette notification as of 30th March 2021.

Rule 10 of the CCS Rules, 2021 states that “Every Government servant covered under the National Pension System shall, at the time of joining Government service, exercise an option in Form 1 for availing benefits under the National Pension System or under the Central Civil Service (Pension) Rules, 1972 or the Central Civil Service (Extraordinary Pension) Rules, 1939 in the event of his death or boarding out on account of disablement or retirement on invalidation.”

Based on this rule, the Government servants who are presently in Government Service and are being covered by the National Pension System could exercise this option as soon as possible in Form 2.

On 9th June 2021, in an Office Memorandum, the Directorate General of Health Services stated that the employees who are already in the Government Services and have been covered by the PS need to submit the details of the family in Form 2 to the Head of Office along with the Form 1, this is for the record and the onward submission to the Central Record Keeping Agency. The DGHS had asked all officials to furnish their options to the Head of Office through their respective Establishment Division by 11th June.