A huge announcement was made by our honourable financial minister, Mrs Nirmala Sitharaman, which was on capital projects. 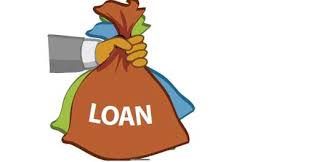 It was announced that 12,000 crores interest-free loan could be accessed for 50 years. It is meant for the states that want to spend money on capital investment. Such a massive grant of loans can cause significant economic benefits and growth. It can become a catalyst to foster economic growth.

Division of the loan amount for different states

In a press conference, Nirmala Sitharaman addressed that 1,600 crores will be given to the North-eastern states which include; Meghalaya, Assam, Manipur, Mizoram, Arunachal Pradesh, Sikkim, and Tripura. It was estimated that Uttrakand And Himachal Pradesh would get around 900 crores. Seven thousand five hundred will be distributed evenly to all the other states.

Spending on the Loan Amount

It was mentioned that the loan has to be spent on the projects that are new or are going on at the moment. It can also be used to settle the bills of contractors. The most important thing to keep in mind is that the amount has to be paid before March 31, 2021, without fail.

It is necessary to keep in mind that there should be a bullet mode of repayment after 50 years. It means that the entire amount of the loan is cleared at once. It is said that the loan is much above the borrowing limits of the states.

The finance minister also added that there would be additional capital expenditure by the central government. The amount is Rs. 2500 Crore. This money will be mainly used for the improvement of the infrastructure, the repairs and constructions of roads will be covered, a significant part of the budget will be used to enhance the defence infrastructure.

Development of defence is vital for the security of our nation from external threats. Water shortage is one of the most significant problems. Therefore measures are also being taken to improve the water supply to different places. Urban development is also another key focus of the loan scheme.

Read: A six-month extension of COVID-19 benefits for states by RBI.