CIL exports coal for the very first time to Bangladesh

For the first time, state-run Coal India Limited(CIL) exported coal to Bangladesh nearly a month later, lifting the restriction on coal exportation in its e-auction. 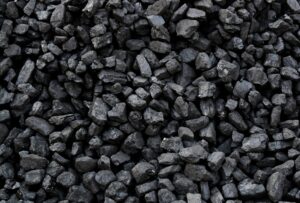 The coal left from the Indian shore, Syama Prasad Mookerjee Port, Kolkata, to the Bangladesh plant. On June 8, the Maharashtra Coal Miner permitted overseas transportation of coal bought under spot e-auction and special spot e-auction by domestic coal purchasers and traders. Both the auction types are meant for all categories of coal buyers, but the special spot e-auction has an extended coal lifting time.

The company’s senior executive said” “Though small in quantity, what is encouraging is that a beginning has been made. We look forward to more exports that would help in improved coal sales under the two categories of the auction platform”.

Coal India Limited has allocated an under spot e-auction for 6.7 million tonnes(MTs), nearly one-fourth of the 27.3 MTs of the entire booked quantity for the April- June 2021 quarter, which is 30% more add on than the previous year that had only a 16% add on.