Cryptocurrency exchanges look for its status and taxability in India. 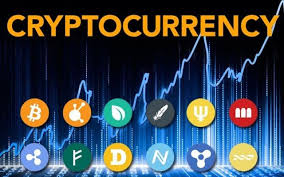 Reaching out the Central bank, Cryptocurrency exchanges demanded clarity of their status including taxability in India. They told RBI that due to the lack of clarity from the regulators, the Lenders do not will to perform any banking services with them.

Several investigations towards Bitcoins and other cryptocurrencies, checking their relevancy towards GST, were done by the Indirect Tax Department. They investigated Bitcoin exchanges in India to determine the GST rate for them. Also a few years back, another investigation was done on the taxability of Bitcoins by The Sales Tax department and VAT authorities.

Abhishek A Rastogi, a partner at Khaitan & Co, argued on this matter and said, “The writs filed in Delhi High Court were bang on the issue of valuation of supply which at the most could be the margin between the buy and the selling price”

What does Crebaco Global Inc say about Cryptocurrency?

The cryptocurrency in India is approximately a 13 billion dollars company that, in the whole nation, has the power to provide over 20000 jobs. Bitcoin also is known as the best-performing asset class including 14% S&P down, 21% Dow Jones down, and 21% Gold down.