Decline in Gold prices yet again, off over Rs 11,600 from all-time high.

Gold prices were trading lower in India on Friday, tracking lower-than-expected global markets as firm US Treasury yields and a stronger US Dollar weighed on investor sentiment. At MCX, Rs 125 or 10 g were traded on the Gold April futures, down from the previous closing rate of Rs 44,695 to Rs 44,570 or 0.28%. 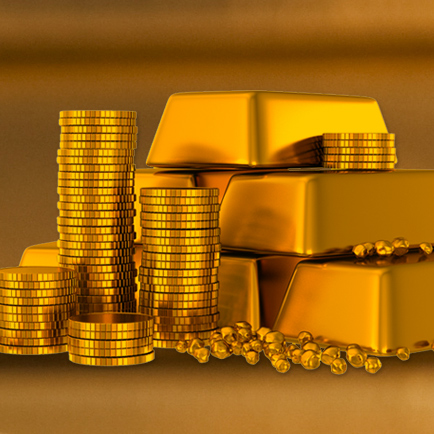 According to the VP-Head Commodity Research at Kotak Securities, Mr. Ravindra Rao, gold is range-bound as the worries because of coronavirus continues. It has led to the loose commercial policy stand of major central banks, and selling pressure in Chinese equity markets is offset by weaker investor interest and general strength in the US dollar. “Gold may experience irregular trade as a result of mixed trade in the US dollar and bond yields; however, the general bias may be on the upside as the Fed’s dovish stance may lend some support,” he added.

Gold has been trading sideways to damaging for many days, as the gold markets have lost nearly 18% in the last several months. However, it traded choppily and tried to stabilize last week, and gold prices dropped but stayed in a tight range.

“Prices were unable to break through resistance around 45600 and dropped back to the downside. The market is looking weak, with strong support seen near the 44400-44200 zones; however, the price will remain choppy. “The price will only rise above the 200 SMA, which is currently at 44800,” said Kshitij Purohit, Lead Commodities & Currency Analyst at CapitalVia Global Research.