The Union Cabinet has approved a comprehensive proposal to establish a government-owned Development Finance Institution (DFI), which the finance ministry announced in Budget 2021.

FM Nirmala Sitharaman recently revealed that the National Bank for Financing Infrastructure and Development (NaBFID) would be formed with a Rs 20,000 crore corpus and a Rs 5,000 crore initial grant. During the current Parliament session, a bill to implement the DFI will be introduced. 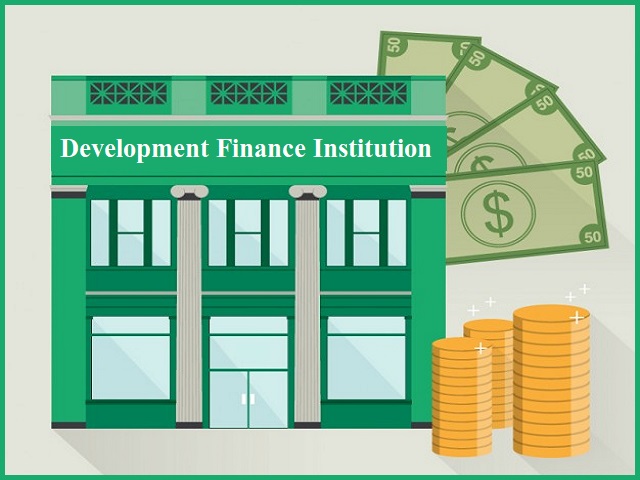 A DFI is a non-profit organisation that funds infrastructure projects of national importance without seeking a commercial return. The government or charitable organisations may own it.

The various types of institutions that are similar to DFI are:

They provide funding for medium-term (1–5 years) initiatives and long-term (more than 5 years).

Is DFI a new concept?

What is the requirement of DFIs in India?

Of course, the primary motivation is to boost the economy. Still, there is also a need to strengthen long-term finances and offer credit enhancement and improve debt flows for infrastructure projects.

The proposed NaBFID has a 3-year target of lending Rs 5 lakh crore. For a duration of up to 10 years, the institute would be tax-exempt.

According to Sitharaman, the DFI would “reach out and endorse long-term projects” with the help of existing leverage and funds.

India requires infrastructure funding, and it needs it from investors who are willing to take a long-term risk. Banks, on the other hand, have proven insufficient in providing funds for the construction of bridges, ports, and other infrastructural facilities.

The need for funding is critical, given the government’s increased focus on social infrastructure projects in recent years. DFI could provide the government with much-needed strength.