The National payments Corporation Of India reported a record decline in April in the volumes and values of the transaction of the Digital payments supported through the channels such as Unified Payments Interface (UPI), Immediate Payment Service (IMPS), National Electronic Toll Collections (NETC) and Bharat Bill Payment System (BBPS). 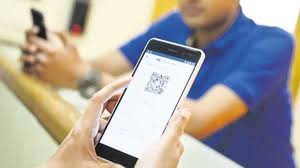 The only channel which recorded an increase in the transaction was Aadhar Enabled Payment System due to the back of payouts of the government’s relief fund to beneficiaries.

According to experts, the main reason for the slump in the observed trend was the nationwide lockdown that has been implemented to curb the spread of Coronavirus forcing consumers across the country to stay at home has led to muted commerce and a near-freezing of discretionary spend in a month.

A decline of 20.8% and 26.7% in volume and value of transactions respectively was observed as compared to the payments in March which was the highest monthly plunge since the emergence of UPI in 2016. In 2020, constantly scaling over 1 billion monthly transactions, the popular payment channel UPI processed 99 crore transactions worth Rs 1.5 lakh crore in April, NPCI released the data on Twitter.

A plunge in volumes and values of digital payment was witnessed by a record 43.5% and 40.1% respectively by IMPS channel, which is typically used for instant transfer of bigger ticket funds. A data according to the NPCI showed that the channel recorded 12 crore transactions worth Rs 1.21 lakh crore in April.

“A vital drop of 30% in online payments within the last thirty days are a few things we tend to are seeing for the primary time once demonetization”, said Harshil Mathur, CEO, Razorpay on the digital payment trend over the lockdown period in a recent report.

“In the first two weeks of March before lockdown, the overall digital payment increased by about 10% but later saw a dip primarily owing to precautionary measures which people started by staying indoors.”