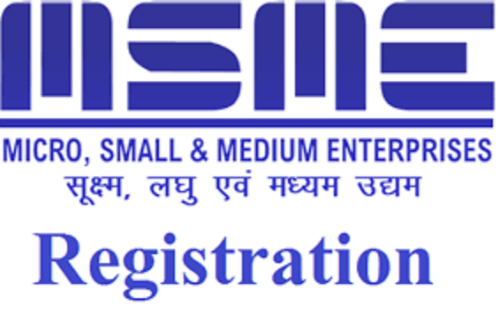 Ease of Doing Business for MSMEs: Under the Industries (Development & Regulation) Act, 1951, industrial undertakings that were excluded from the provisions of industrial licensing were required to file details as IEM with respect to the establishment of industries.

The Commerce Ministry declared on Tuesday that the paperless mechanism for filing Industrial Entrepreneur Memorandums (IEM) for MSMEs would be upgraded to improve the ease of doing business for new and established companies in the manufacturing and service sectors. Instead of disclosing the two separately, businesses will now be able to publish expenditure information related to the establishment of new manufacturing units and the start of commercial activity in a single online form. The ministry said in a statement that the new form would make filling out investment intentions (IEM-Part A) and disclosing the start of production (IEM-Part B) easier.

Under the Industries (Development & Regulation) Act, 1951, industrial undertakings were required to file details as IEM with respect to the establishment of industries.

This was filed in compliance with IEM’s “Section A.” Enterprises were expected to register commercial production on the specified type ‘Part B’ of the IEM until they began commercial production. The new move is intended to favor small and medium-sized businesses. “The single type would include all sections to encourage investment purposes, such as property, investment, computer use, and the start of commercial development. This will favor medium-sized companies, and it is one of our demands as well,” said Pankaj Kumar, President of the Indian Industries Association, in an interview with Financial Express Online.

All exempted industrials with an investment of Rs 10 crore or more in the manufacturing sector and Rs 5 crore or more in the services sector are expected to file IEM, according to the Department for Promotion of Industry and Internal Trade (DPIIT). According to the MSME concept, medium enterprises are classified as organizations with an item of expenditure in plant and machinery or equipment between Rs 11 crore and Rs 50 crore, which was updated last year.

According to the ministry, some improvements to the IEMs may also be made to prevent the repetition of information access. “Previously, the things we predicted in Part A and what we provided in Part B were distinct. For example, from the time of investment announcement to the start of production, the amount of machinery used has changed. Now, if we need to make improvements, the government has given an extension provision. This would help to increase accountability and decrease duplicity,” Kumar said.

Importantly, the government unveiled the Udyam Registry portal for paperless MSME registration and classification of companies in July of last year. Organizations will not be allowed to submit any paperwork or evidence for registration other than their Aadhaar number. According to data from the MSME Ministry, the portal had registered 25,07,112 MSMEs as of March 22, 2021, up nearly 130 percent from over 11 lakh registered MSMEs as of November 7, 2020.