Effective TLTRO – A step by RBI to facilitate liquidity

Effective TLTRO – A step by RBI to facilitate liquidity

After facing a disappointment in the inaugural liquidity enhancement exercise, the Reserve Bank of India has taken steps to make the Targeted long term repo operation more liquidity friendly and hence provide an effective TLTRO. 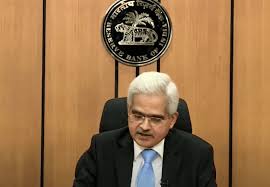 The proposed measures include direct liquidity support from RBI for MFIs and NBFCs, especially the smaller and medium-sized lenders, shifting of moratorium period to April-to-June, and extension of asset classification relaxation until September.

Smaller investors were unable to reap the benefits of effective TLTRO as they could not access it. To aid this RBI instructed the banks to borrow from it and invest at least 50% in money market instruments issued by small and medium-sized NBFCs and MFIs. The first auction of Rs 25000 crore had bids for only half of it, as banks are in general reluctant to invest in small undertakings.

Shashikanta Das, the RBI governor has hinted on the reasons of tepid responses of the economy and necessary steps that need to be taken to facilitate an effective TLTRO. The meeting was attended by Ramesh Iyer, chairman of the Finance Industry Development Council (FIDC), and director TT Srinivasaraghavan, Manoj Nambiar, chairman of Microfinance Institutions Network and chief executive Harsh Shrivastava, Sa-Dhan co-chair K Paul Thomas along with executive director P Satish were present.

They have requested RBI to shift the moratorium period to April-June instead of March-May. they had already collected repayment for March when the scheme was announced on 27th March to have an effective TLTRO.

Further extension of asset classification relaxation by another three months was requested until September to relax the borrowers who may face difficulty in repaying loans immediately after the withdrawal of the lockdown.

Mr P. Satish said only 24 per cent of MFIs have received funding from their lenders since the start of the lockdown. About 51 lenders, including 12 public sector banks and 10 private sector banks, have not yet extended moratorium on payment to MFIs.

“Most painful is the non-extension of moratorium by Mudra, State Bank of India, and Small Industries Development Bank of India, as they have large exposure to MFIs, especially to the small and medium ones,” Satish said.

“Availability of liquidity from banks and other financial institutions; post-lock-down strategies for the supply of credit, including working capital, to MSMEs, traders and bottom of pyramid customers in semi-urban, rural and urban areas,” were discussed, RBI said in a statement after the meeting.