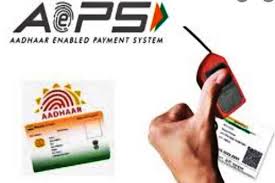 As per the reports, Rs 32,300 crore has been transferred to 340 million beneficiary holders accounts under the Pradhan Mantri Garib Kalyan Package in lockdown announced by finance department of government  on March 26.

Aimed at promoting financial inclusion and providing digital payment services in rural and remote areas, such transactions amounted 430 million, totalled to Rs 16,101 crore, during the lockdown, the ministry said in a post on site Twitter account.

More than 80 million women beneficiaries withdrew money from their Jan Dhan accounts, the government said while appreciating the work of banking correspondents in enabling these transactions.

The relief package involved cash and grain transfers totalled  to Rs 1.7 lakh crore over three months starting from April, with direct benefit transfer to above than 200 million Jan Dhan accounts belonging to women.

Since the package was announced, the government has twice  extended the lockdown, first till May 3 and then till May 17