One of the most prominent credit rating agencies- Fitch Ratings displayed a conservative outlook towards the recovery of the Indian Banking sector from its current multi-faceted crisis. 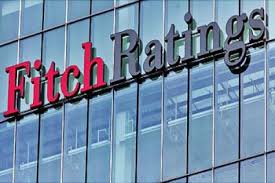 Fitch rating agency brings to light the challenges that the Indian banks might face in future.

The gloomy forecast provided by the Fitch rating agency was that Indian banks are most likely to face a downward rating pressure with risks of their capital strength falling short of covering the balance sheet risks. The agency attributed these conclusions to the challenging operating environment compounded by a full-fledged pandemic handicapping the banks.

The Fitch rating agency has assessed the asset quality of Indian banks on an adjusted basis in the past. It is likely to do the same if banks restructure a significant portion of their loan portfolios. “Banks’ stand-alone Viability Ratings may face downward pressure where we do not regard capital buffers as commensurate with balance-sheet risks,” said the international rating company.

It was estimated by the company back in July that the Indian Banks may even require additional capital of 15-59 Billion Dollars for the next two years to meet a 10% weighted-average common equity Tier 1 due to the various stress scenarios that may arise in the measured timeframe.

The primary cause of worry is due to the projection of rising soar assets due to the rising costs incurred by the pandemic ushering in a period of vulnerability in the asset-quality cycle. But this concern is not stand-alone- it was observed that the loans accounting for more than $85 billion were written off in the five years preceding the pandemic, most of the same is attributed to the state-owned banks, which are already under a lot of fire for their underperformance on various fronts.

The current timeline for the recast as setting up by the RBI is also perceived as being too optimistic, and it is generally expected to be increased later on. The challenges for banks are mounting up faster than ever as they have to finalize a resolution plan by December this year and also decide upon loans to MSMEs and micro-enterprise, which are not under the purview of the committee.

The tight guidelines and timelines are red flags for the rating agency, which based on its previous experience with the Indian Banking sector expects a chequered performance at best. Many experts and agencies such as the Fitch rating agency have warned of such hasty decisions leading to furthering of the catastrophe. However, it is generally accepted that the only solution to this and other emerging crisis is a quick, swift and thorough resolution.