In Delhi, the fuel prices have increased, yet again

On Sunday, because of an increase in fuel prices by the Oil marketing companies (OMC) in Delhi, the petrol price crossed rs.97 per litre mark. On Saturday, the petrol price in Delhi was 96.93 per litre, and now it sells for 97.22 per litre. 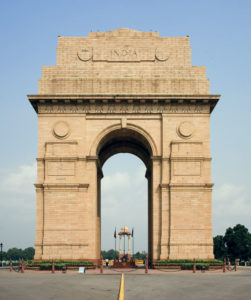 The prices of petrol did not change across 4 metro cities on Saturday. However, in metro cities such as Mumbai, Kolkata, Chennai, and petrol prices increased on Sunday as compared to Saturday.

Recently, petrol prices in India have been close to reaching the Rs.100 mark. Although several cities in states such as Maharashtra, Telangana, Madhya Pradesh, Andhra Pradesh, Rajasthan had already reached Rs.100, increasing from that price level has increasingly become a reality.

The petrol and diesel price levels are altered based on the average price of benchmark fuel in the international market in the preceding 15 days and foreign exchange rates by the Oil companies.

International oil prices have recently increased due to the expected demand recovery because of various countries’ rollout of the vaccination programme.