Pine Labs adds millions of dollars to its wallet

The largest POS player, Pine Labs, which processes $30 billion of payments annually, raised a fresh $315 million in funding led by new investors Fidelity Management and Research Company and BlackRock as part of its ongoing financial round on Tuesday. With the latest proportion, the company has shut the investment round, taking the total size of the funding to $600 million. After the fundraiser, the fintech start-up’s valuation stands at $3 billion. 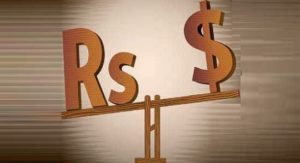 Some of the new investors are; Ishana, Tree Line, Neuberger Berman Investment Advisers, IIFL AMC and Kotak. Pine Labs said in a statement on Tuesday that IIFL AMC routed its investment via its late-stage tech fund.

Pine Labs showed 14% of card payout through a network of 600,000 POS machines and its cloud-based SaaS platform, Plutus, supports payments across different modes, including gift cards, loyalty points, and on credit (EMI) by combining multiple issuer and acquirer banks on a single platform.

From a clutch of investors including Baron Capital Group and Moore Strategic Ventures the Noida-based firm had kick-started the financial round in May with a $285 million fundraise. It continues to be well-financed and has been Ebitda profitable for several years, Pine Labs said.

For the next 18 months, the company that counts Sequoia Capital, Temasek Holdings, PayPal and Mastercard amid its other backers is speeding up for a possible US listing and joining a series of Indian startups.

Virtually the only player in gift card management in India with more than 95% market share in Pine Labs. It has also become a dominant player financing with a 90% market share outside of Bajaj Finance, wherein it offers EMI in tie-ups with 120+ brands, 35+ lenders, and 150,000 merchants for fees.

Pine Labs also gives up to 90 days of financing to merchants for working capital and inventory and is associating with NBFCs to provide retailers access to easy and collateral-fee business loans.

By choosing a flexible amount from daily card sales on Pine Labs’ PoS terminal, the merchants have the option to repay these loans.

Pine Labs has made important progress in its Offline to Online strategy in India and the direct-to-consumer play in Southeast Asia over the last year.

The size of the Indian fintech market stood at an estimated 1.9 trillion as of 2019 and the segment is projected to grow at a 22.7% CAGR during 2020-25, said analysts at EY in a report published in March.